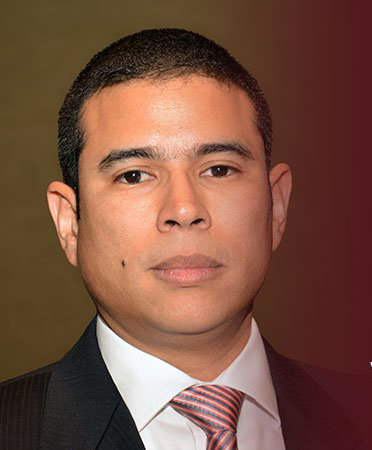 Juan Carlos Croston is Vice President Marketing & Corporate Affairs at MIT-Panama. He is a member of the Maritime Chamber of Panama, the Caribbean Shipping Association, and other local and international organizations. On July 2014, he was granted the Distinguished Alumni Award by the International Maritime University of Panama and, on May 2015, was named by Lloyd’s List in their “Next Generation 2015“ list of worldwide maritime leaders. He has a degree in nautical engineering from the former Nautical School of Panama and an MSc degree in maritime affairs from the World Maritime University in Malmö, Sweden.

Share on:
TBY talks to Juan Carlos Croston, Vice President Marketing & Corporate Affairs of Manzanillo International Terminal-Panama (MIT-Panama), on rebounding after the slowdown and making sure Panama's infrastructure works together.

What was the financial performance of the terminal in 2017, and what are your expectations for 2018?

In terms of volume, we did about 3% more containers in 2017 than 2016, and the forecast for this year is to be 5% over 2017 volumes. We face an interesting and challenging maritime sector and container market, as there are many mergers and acquisitions. Of the top 20 container lines from three years ago, only nine remain; more than half have disappeared through mergers, acquisitions, or bankruptcy. Shipping lines, therefore, have more bargaining power, and we also face more competition, which is great for Latin America’s economies and consumers, though not so much for the port sector’s incumbents. We have seen a great deal of FDI directed to ports, especially in Costa Rica and Colombia. However, Panama has been on an upward trajectory of developing the port sector for almost 25 years now, and it should, therefore, come as no surprise that more countries are taking a look at what Panama did and trying to replicate the model. Latin America in general is rebounding after a few years of economic slowdown. We have been in talks with the Canal and other ports to determine how we can streamline the value proposition for Panama. We would like all the ports and the Canal to present a common value proposition to shipping lines.

How do you foresee Panama becoming a major center of distribution of e-commerce similar to Miami?

The first thing we have to do is provide certainty to the user of the system, whether that is e-commerce, distribution centers, or multinational companies. The system must behave the same way every day, as consistency is key. Many hate having one set of rules one day and another the next day; therefore, we have to ensure the procedures are in place and applied consistently. The second thing is that once all that is in place, we need to have a united value proposition. We are only thinking about the Canal and ports; however, we should not stop there and should go out as Panama. I disagree with the opinion that Panama’s best asset is its geographical position; the world is round, and if we were to put a pin in any part of the world it would be the center of the world. We have the Canal, and we invested in ports and warehouses, so we have assets. We have invested a way to make us more competitive and take advantage. If the Canal had been built in Nicaragua, there would not have been a geographical position, as it was about investment and infrastructure. We have to make sure this infrastructure works together. We cannot have one container take two or three days to go from a port to a warehouse because of certain processes; we have to make these assets work together as one and make it work in three ways. We have to unify the infrastructure, processes, and commercial approach in order to continue doing this. Panama is already a major player and there is know-how. We need to make sure all the parts play even better together.

We are extremely hopeful about the future. We had the opportunity to travel extensively and realized that Panamanians like to punish themselves, and many times see only the bad things happening in the country. We have had many chances to realize that people from the outside are talking about the many opportunities there are in Panama to be successful. We have been working on Panahub 2.0 and are working on initiatives to streamline the value proposition and make it more competitive. We are extremely hopeful about the future for 2019 and the coming years, as we are on the right track and just have to continue applying ourselves to look ahead.