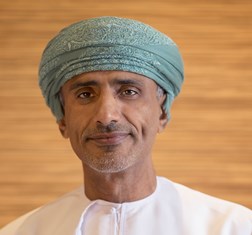 A Firm for All Seasons

How did DPC prepare the distribution system for cyclone Mekunu?

Dhofar Power Company serves more than 110,000 customers throughout an area of 9,500sqkm, extending from Mughsail along the southern coast of Oman, some 50km west of Salalah, up to Jufa and Sadah, about 150km east of Salalah. The network also stretches into the Dhofar Mountains, 60km from Salalah to Thumrait. A large portion of this covers a sparsely populated, rugged, and often mountainous terrain, and provides vital power supplies to typically hard to reach areas of the region. In Salalah and its surroundings, the network is characterized by higher load density and major commercial, industrial, and tourism customers that directly impact the national economy. As for Mekunu, this was the most intense tropical cyclone to make landfall in the Arabian Peninsula since records began in the 1960s. The second storm to be named in the 2018 north Indian Ocean cyclone season, Mekunu developed out of a low pressure area and gradually intensified to reach peak-intensity as it made landfall near Raysut, Oman. Crisis management is a key consideration for a power company, and we are no exception. With protocols anticipated and procedures in place, the crisis management team was fully prepared for the arrival of the cyclone well in advance. As Mekunu approached, Omani officials evacuated hospitals and other areas and shut down Salalah Airport for 24 hours. For four days Mekunu battered Dhofar and dropped 62cm of rain, with Salalah recording wind speeds of over 100km/h. It is estimated to have done over USD400 million in damages as well as taken the lives of seven people.

What other challenges does the region present DPC?

An additional issue is seasonal rains, which make some mountainous areas unreachable during certain months. Indeed, some of the facilities in need of repair after Mekunu were located at mountaintops, and some of our heavy machinery broke during attempts to open up an access route. Fortunately, however, we have a robust network, and even when certain stations or transmission lines are cut off, other units can fill in.