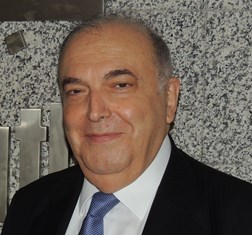 A Listing for All Seasons

Ghaleb Mahmassani has been the Vice-President of the Beirut Stock Exchange (BSE) since September 2009. He first joined the exchange as a non-executive board member and vice president in 1999. He has been an attorney at law and legal counsel since 1962, an international arbitrator since 1976, and a member of the National Committee of the Permanent Court of Arbitration at The Hague. As a member of the International Court of Arbitration at the International Chamber of Commerce (ICC) in Paris from 2000-2005, he remains academically and professionally active in the legal and banking sectors. He holds degrees in law and political science from Saint Joseph University, AUB, and the University of Lyon (PhD).

Share on:
TBY talks to Ghaleb Mahmassani, Vice-President of Beirut Stock Exchange (BSE), on rising expectations for 2018, speeding up privatization, and forming the BSE SAL as a joint stock company.

Overall, 2017 witnessed relatively modest trading movement on the BSE. In the year’s 242 trading sessions, 87 million shares were traded for a value of USD762.1 million, compared to 120.5 million shares valued at USD971.6 million in 2016. This represents a decrease of 27.8% and 21.6%, respectively, on the volume and value of shares traded. At the end of 2017, the stock capitalization of the listed shares decreased by 3.7% to reach USD11.47 billion, against USD11.91 billion at the end of 2016. As for 2018, we expect some improvement in trading activity at the stock market. The political environment and parliamentary elections scheduled for May could present some challenges to a better liquidity for the stock market during the first half of the year.

Which companies are high performing in the bourse, and what impact will their performance have on economic growth throughout 2018?

During 2017, overall market activity resulted in 16 securities declines, six advances, and six remaining flat. Among the 28 listed instruments on the BSE, the largest gainers were Ciments Blancs and Holcim (Liban) from the industrial sector, followed by BLOM Bank GDRs and BLOM Bank Common shares from the banking sector. It is important to note that during 4Q2017, all Ciments Blancs and Holcim Liban bearer shares were transferred into nominal shares following the issuance of law number 75/2016, which imposed on Lebanese companies the obligation of transferring their bearer shares into nominative shares. This transfer of shares has resulted in an increase in liquidity in these companies and may be attributed, among other factors, to the increase in their share price performance. In 2018, we expect a better performance for most of the listed companies because of positive growth expectations and an easing of some of the pressures from the Syrian conflict.

What are the current listing requirements at the bourse, and what further amendments could be made in order to attract more company listings?

Securities listed on the BSE are placed under one of the three market sections (Official Market, Junior Market, and OTC Market) depending on obligations undertaken by issuers and their respective levels of risk. Admission to any of the above-mentioned markets is granted by the Beirut Stock Exchange Committee after examination of an application file that can be easily downloaded from the BSE website. Likewise, issuers should submit to the stock market a letter by virtue of which the applicant is committed to the governance and transparency rules imposed by the stock market as well as by any other rules, regulations, and circulars issued by the stock exchange. Issuers must get prior approval from the Capital Market Authority in order to get listed. As general provisions, issuers of securities wishing to join the official market must have been incorporated for more than three years with a capital equivalent of at least USD3 million and have distributed at least 25% of its capital to the public, at least 50% of which must be held by shareholders. On the other hand, the Junior Market is open for newly established companies with a capital equivalent to at least USD1 million.

To what extent should the existing Financial Market Law be modified to accelerate processes such as the privatization of the bourse?

The Financial Market Law does not need modification, at least for the time being, as its articles have been drafted according to the most recent recognized international standards. The slow movement in the privatization of the bourse is due to the bureaucracy that we have in public administration, not due to the law itself. Although the process of privatization is not moving as fast as we need, the Lebanese Council of Ministers approved the formation of the BSE SAL as a joint stock company. It will replace the current BSE, which will be liquidated.