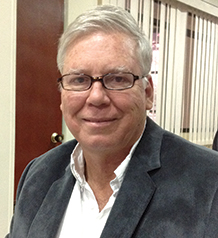 Jorge earned his BSc from the Sloan School of Management at MIT, as well as his BSc in Electrical Engineering, also from MIT in. He went on to work for Carvajal SA as Export Product Manager from 1974 to 1979, at Inelco del Pacifico Ltd as General Manager from1979 to 1983, and at Sistemas de Informacion Gerencial, as Founder and General Manager from 1983 to 1987. He a also worked at Baxter Healthcare Corporation as the Cali Plant Manager from 1987 to 1993 before assuming his current position at Inelco SA—and Tablesa SA. as CEO starting in 1994.

Share on:
TBY talks to Jorge Velasquez O'Byrne, General Manager of Inelco, on the firm's dynamic growth, meeting evolving demands of the market, and areas that are ripe for expansion.

The company was founded in Bogotá in 1937. My uncle Alvaro Velasquez graduated from MIT in 1934 and his partner, Alfredo Otero graduated from the University of Louvain in Belgium. After working for three years at Empresa de Energí­a de Bogotá (the electricity utility in Bogotá), they decided to establish their own business. Inelco is an acronym for Electrical Engineers of Colombia. In 1949, they decided the time was ripe for expansion, whereupon they founded Inelco Del Pacifico Ltda in the city of Cali. The company became Inelco SA in 2003 when the corporation type changed.

Inelco throughout the years has participated in several entrepreneurial projects, founding energy related companies. In the middle of the last century there was very little manufacturing of electrical products in Colombia, whereby Inelco imported all necessary electrical conductors as well as overhauled machinery from Canada, thereby founding Fadaltec SA (cable manufacturer) as partners of Canada Wire. Fadaltec merged into what today is Centelsa, the largest cable manufacturer in Colombia. Cables and conductors represent about 30-35% of the cost of an electrical project, whereby being able to produce our own conductors gave us a valuable strategic advantage. We also manufacture the electrical switchgear that safeguard a building against short circuits and overloads. This is performed through our affiliate company Tableros Electricos SA. Tablesa has just turned 25 years old.

At Inelco SA we have an engineering services business model somewhat different from others employed in our country. Inelco is an established company, with the holding company managing all back office processes such as accounting, purchasing, quality system, and logistics for our several business units. Our business division units are energy divisions, which acts as an EPC contractors for electrical projects. They target infrastructure, industry, large commercial malls, office buildings, hospitals. The structured cabling division is responsible for installing local area computer networks, and the voice and data communications networks. The electronic security division, is responsible for installing fire detection systems, access controls and closed circuit TVs (CCTV), and building automation. Our service ivision performs outsourcing of manual-labor for maintenance of public lighting networks in various different towns across the Cauca Valle for EPSA (Regional Utility Company), as well as industrial maintenance. Our commercial division retails electrical products. We are initiating an energy efficiency division and are searching for business partners in LED lighting, photovoltaic systems, and related equipment. Our manufacturing affiliate TABLESA SA, produces medium and low voltage electric switchgear and switchboards that are the cabinets that house electrical equipment. This is an OEM operation (Original Equipment Manufacturer) that integrates products from companies such as Schneider, Eaton and ABB.

Which sectors are witnessing the most pronounced growth today?

Regarding our projects, in infrastructure for instance, in conjunction with another company, we are building the EPC electrical works for a new Aguadulce port, in the city of Buenaventura. It will provide storage for refrigerated containers for a joint venture between Malaysian and Philippine companies: or Sociedad Puerto Industrial Aguadulce (SPIA). We are currently initiating the international terminal expansion for the local airport of Cali. In the industrial sector, we undertook all electrical works for the SAB Miller Bavaria Brewery. We also built the electrical works at the new soap plant for Unilever, which is a 10-story plant; as well as the logistic distribution centers for Unilever and P&G. We have also built the electrical works for several large commercial shopping centers. Our focus has remained on EPC projects for infrastructure, industry, large commercial centers, hotels and office buildings, and hospitals.