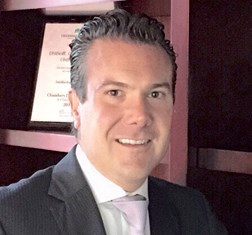 A Mandate to Prosper

Ignacio Dominguez Torrado holds a law degree from Universidad Panamericana (UP), a master of law from University of Virginia, and a diploma of graduate studies on business law from UP. He is the author of several books on various law topics including franchising and trademarks, and has been a professor at UP and Universidad Iberoamericana (UIA). He serves as an active member of many associations such as the Mexican Bar Association, the Mexican Association for the Protection of Industrial Property, and the National Association of Corporate Lawyers. He has been a partner since January 2007 and is in charge of the firm’s corporate law area.

Share on:
TBY talks to Ignacio Domí­nguez Torrado, Partner of Uhthoff Gómez Vega & Uhthoff, on the possible fallout from July's election, the chief legal modifications of CPTPP, and recent updates to the country's FTA with the EU.

What major changes in the ease of doing businesses can we expect after the recent elections?

After several months of political uncertainty, Mexicans have decided their faith for the years to come. With Andrés Manuel Lopez Obrador’s victory, Mexico will face months of economic, social, and cultural changes. Although it is uncertain to which campaign promises Lopez Obrador will comply, Mexico is in standby mode. In the last few months, we have already seen foreign investment decrease or move to another markets. In the years to come, we should expect changes to the so-called structural reforms of Peña Nieto’s administration, including law amendments to education, energy, and infrastructure, which will drive fiscal deficit and interest rates to new highs. According to several papers issued by Mexican banking and finance specialists, López Obrador’s victory will likely be followed by slower growth, higher inflation, and a weaker peso. Notwithstanding, it is not unusual that politicians do not comply with their campaign promises, thus the Mexican economy and politics should be overseen with caution and step-by-step.

What were the main changes to the Comprehensive and Progressive Agreement for Trans-Pacific Partnership, and how will these modifications better serve Mexico’s interests and priorities?

One of the most significant revisions was in the intellectual property chapter. Needless to say, the main difference between CPTPP and the original Trans-Pacific Partnership (TPP) is the number of individuals that the treaty will affect: without the US, the size of population under the treaty decreased almost by half. Under the revised IP chapter, we can find several provisions that went into suspension but were not canceled and were persistently driven by US and transnational companies. The main differences and main provisions of CPTPP include: a) companies will no longer have the chance to claim damages against local government decisions; b) copyright title holders’ economic rights will remain for 50 years versus the original 70 years established under TPP, which benefits major international editorial, media, TV, film, and technology companies; c) signing parties will have more flexibility pertaining to patentability definitions; and d) the length of patent protection for innovative medicines and copyright periods for written materials has been shortened, and technology and information protections have been narrowed. The suspended provisions have removed the additional requirements (pursued by the US) in technological protection measures, rights management information, encrypted satellite and cable signals, and safe harbors for internet service providers. Although the agreement will not be as positive as expected with respect to elevating IP standards in Mexico, it remains a welcome development for international trade and for certain aspects of IP protection and regulatory matters.

In 2017, the National Banking and Securities Commission (CNBV) announced some changes in the requirements foreign firms to acquire a banking license. What was the rationale, and what impact might it have on investment?

These requirements were enacted to fight money laundering and pursue illicit money accounts. By establishing these new regulations, Mexico is complying with international treaties and directives. We have not seen any decrease in the investment arena as a consequence of these changes. The idea is to regulate, not over-regulate, and these were properly enacted for a higher purpose.

Mexico recently updated its free trade agreement with the EU. How will this framework impact bilateral trade?

Considering the re-negotiation of this international treaty, Mexican authorities have started to implement modifications, such as the amendments published on March 2018 in the Industrial Property Law. These amendments refer to some of the regulations regarding industrial models and designs, the recognition of Geographical Indications (GI), and the already recognized Appellations of Origin (AO). Traditionally, Mexico has protected Appellations of Origin, but this chapter of Mexican Law has been amended to include the respective rules for GI as a specific new tool of protection.