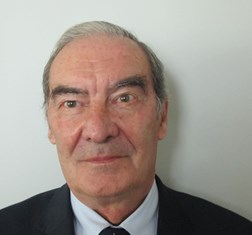 A Mission to Accomplish

Share on:
Since joining the European Space Agency in 2000, Portugal has not looked back.

How does AED Portugal provide a platform that facilitates networking between the strategic industries of aeronautics, aerospace, and defense?

Partnership (EACP). We also signed MoUs with other European clusters in Hamburg, Bavaria, Seville, Galicia, and Toulouse, among other relevant players. It is essential for us to attend main events around Europe.

JOíƒO ROMANA We set out together with local clusters to support our networking efforts. At the recent ILA Berlin event, we planned B2B meetings beforehand, including a networking agenda among the Portuguese and German clusters. Such efforts apply to aeronautics, space, and defense. Joining the European Space Agency in 2000 gave Portugal a gateway to the industry. Back in 2000, there were less than 10 active companies in space, but in the last 10 years things have totally changed, and national investments in science in the last 20 years are now paying off. In defense, Portugal also has a long tradition of building capability in cooperation with NATO. In the scope of the European Research and Innovation Programs (FP6, FP7, H2020), Portugal has a record of significant achievements in aeronautics (Clean Sky), space, and ICT. As a consequence, we now have companies that are world leaders in satellite ground control systems, providing most of the control systems for the global geostationary satellite market. It has been a remarkable progress. In aeronautics, similar progress took place, only faster and with a stronger economic impact. In fact, in 10 years Portugal has grown from a young MRO player to a mature medium-size supplier of most of the existent OEMs in the world market. The key push factor for the aeronautics boom was the decision of Embraer to install two facilities in the south of Portugal back in 2006. Everything has changed in the last 10 years, with many international aeronautic companies moving to Évora from Brazil, France, Spain, UK, and elsewhere. This exponential growth has left behind many gaps, which we are currently mapping. Training, the certification of SMEs, better supply chain structure, and a need for clustering industry for sizeable contracts, are several that have been identified.

What value addition is needed to accelerate the process going forward?

JR Presently the number of highly educated PhD students working in industry is residual (less than 5%), which tells us there is still a long way to go in terms of innovation and knowledge transfer in the industry. We are also in the early stages of the process of bringing players together for increasing critical mass and addressing larger contracts. Technologically, the potential is high, with research centers and industry developing beyond the state of the art. Such centers are interesting enough to attract a wave of young professionals to the field.

JC The facts speak clearly: there are over 26,000 PhD students in our university, only 700 of which work in industry; we still have a long way to go.

What have been the most successful initiatives to raise the overall visibility of Portugal’s aerospace sector and promote its internationalization?

JR We have recently raised funds for 2020 from national and European programs to develop a strategy for 2022, build the respective action plan, and fund internationalization activities around the world. These add to the cluster’s membership fees. As a result of this combined funding we can now address Europe as well as Canada and the US. It goes without saying, these activities keep us extremely busy and keep our momentum going.

JC We also have also set up strategic objectives for the next seven years. The first is to double the present share of the Portuguese GDP to 3%. Another is to promote Portugal as an innovative destination and become a main player in these areas. This means we must participate in large events around the world and broadcast the competitiveness of Portugal among companies that seek to invest.

What spillover effects in other high-tech sectors does the AED cluster have? How does this contribute to the overall competitiveness of Portugal’s economy?

JR That is definitely happening. We see more mature industries, such as the automotive cluster, which is increasingly interested in joining the aeronautic and aerospace sectors. We also receive many IT, metallurgic, and automotive companies looking for opportunities in aerospace. The Portuguese metallurgical industry has a contribution of about 30% to our GDP, meaning there is huge potential out there, especially for hard metals, machining, and tooling. The qualifications and certification are a huge barrier to new comers, given that other sectors are less stringent than aeronautics. This is something that needs to be further paved in the future.