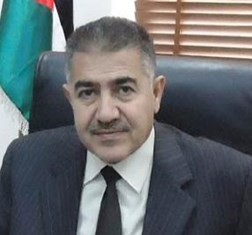 Hussein Krishan, an engineer by training, is the CEO of Ma’an Development Company, a position he has occupied since May 2015. Ma’an Development Company is a private share holding company established by South Company in partnership with the Jordan Industrial Estate Company and Al-Hussein Bin Talal University and whose aim is to develop four interrelated clusters: a residential community, industrial and solar parks, the Hajj Oasis, and a skills development center. He was previously General Manger of Aqaba Railway Establishment and a consultant for the Ministry of Municipal Affairs.

Share on:
Huge investments in renewables and infrastructure catering to Hajj pilgrims are helping the Kingdom meet its economic and spiritual needs.

What industries are being added to the industrial cluster in MDA?

The industrial area is 2.5 million sqm, of which 800,000sqm, or 30%, is completely developed. Recently, we have around 36 investments with signed contracts, 25 of which are now operational. The total investment size is around USD130 million. The sectors or zones that are operational now include a glass coating factory with a Kuwaiti investment of around USD60 million. We also have around 15 small to medium-sized factories in the fertilizing segment as well as a washing machine factory, a digital meters manufacturer, and a construction-related materials producer. Despite difficulties over the past 10 years, including turmoil in the area and instability, Ma’an managed to attract investment in the area, and we hope the coming years will be more fruitful in attracting investments, especially when it comes to megaprojects the government is working on related to MDA. The most important is the dry port next to the industrial park. All of the cargo coming to Aqaba will be transported by train to the land port, and all the storage and clearance will be done there, bringing more activity. There are also other ongoing investments such as the pipeline to Aqaba and many other megaprojects the government is discussing. Hopefully, MDA will be involved in these projects. The remaining 70% of the area to be developed will be an expansion for Phase I, as well as heavy industries, specifically silica, since the area is rich in this. It is zoned for such industries already, and we hope to see a float glass factory in the area.

What is Hajj Oasis’ part in MDA, and how does it contribute to the goals laid out by the Ministry of Tourism?

Ma’an has been known throughout history as a stopping point for people traveling to Mecca. Before MDA and the Hajj Oasis cluster, we used to have a facility that provided pilgrims and people traveling to umrah services. However, the quality of the facility was not up to current standards. When MDA was announced in 2006-2007, His Majesty himself had a vision to build the Hajj Oasis to serve pilgrims, not only from Jordan but also Syria, Turkey, and Eastern Europe. Thus far, we have developed the first phase of the Hajj Oasis, which has been operational since 2016, at a cost of around USD6 million. We offer numerous services in a rest area with a spiritual atmosphere. We are in talks with bus companies and other transportation companies to help pilgrims gain access to the health services we provide during their stay. Our strategic plan is to promote and expand Hajj Oasis to all travelers and tourists using the highway, not only people completing hajj or umrah. As part of this strategy, we are considering renaming it the Ma’an Oasis. We are also considering adding more services that provide information about other tourism offerings and sightseeing in Jordan.

Another important cluster is the solar park. What are your plans for the park at MDA?

Its total area is between 1 and 5 million sqm, and it is occupied by nine companies of different nationalities, from Japan’s Mitsubishi to Qatar’s Nebras. They produce 165MW of electricity that is purchased by National Electric Power Company (NEPCO) for the national grid. The total investment was USD500 million and created more than 1,000 jobs during construction. The current employment for permanent jobs in the solar park is 175, and most of the workers are from the Ma’an area. The park was inaugurated by HM King Abdullah II in 2016, and we are now working to add an additional 150-MW park with two or three more companies.