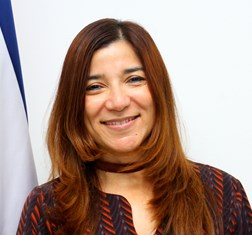 A Place to Call Home

Irene Campos Gómez is Minister of Housing and Human Settlements and President of the Board of Directors of Banco Hipotecario de la Vivienda (BANHVI). In 2018, she was elected President of MINURVI, an entity of coordination and intergovernmental cooperation of the countries of Latin America and the Caribbean, in the area of sustainable development. She holds a degree in civil engineering from the Universidad de Costa Rica and master of sciences in environmental sanitation from Ghent University of Belgium. She was previously university professor in Universidad de Costa Rica and Universidad Estatal a Distancia (UNED). She was also General Director of the Costa Rican Cement and Concrete Institute (ICCYC).

Share on:
Costa Rica's successful housing policy boils down to a successful PPP, quicker processes, and a well thought out financial assistance plan.

How do you see the current main priorities, challenges and opportunities in this sector so connected with society?

There is a study by the Inter-American Development Bank that analyzes the housing deficit across Latin America and the Caribbean, from which it becomes evident that Costa Rica has the lowest deficit print of approximately 13-14%. We have implemented a successful housing policy called the national financial system for housing, a public-private partnership (PPP) representing the national financial system for housing. The state, through an institution called mortgage bank housing, a second-tier bank, makes the corresponding analysis and ultimately approves or rejects projects. Of the 100% of funds that Costa Rica has to designate to housing, 60% is applied to individual bonds, namely families who individually find their own solution, while the other 40% is allocated to projects. Families with an income of over CRC400,000 (USD667) per month, while considered lower middle class, do benefit from a housing subsidy, albeit a relatively low one. We are working on ways to provide greater assistance through access to credit. It is essentially a matter of access to adequate and affordable financing.

How can the ministry work with institutions to speed up permits and make the processes easier for the investor?

Procedural processes in Costa Rica have three phases. Initial permits concern land use, the availability of drinking water, and others that deal with the conditions of a project prior to development. Once this is obtained we move to the design stage, where I also handle the final plans and ensure the permits of such institutions as the fire department, the Ministry of Health, the architects association, the National Institute of Housing and Urbanism (INVU), and the Water and Sanitation Institute (AyA). Once this process is completed, the final phase involves the municipalities, which award the final license. Executive Decree 36550 has tasked the Ministry of Housing with the coordination of all procedures. For the past five years, all mid-stage permits have been digitized and dispensed through a single digital window. Also, there are deadlines in place for approval, which if exceeded automatically mean project approval. Of the 82 municipalities in the country, 30 already operate on the same platform. Once permits are granted by these institutions directly, the municipality related to the prospective project is given notification of approval which it then analyzes, and any subsequent payments related to the permit can be done online. This also extends the transparency of the permit process.