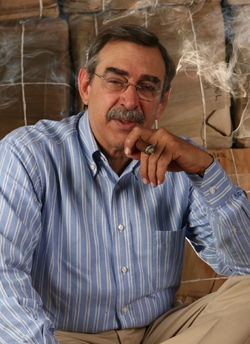 Manuel Quesada was born in 1947 in la Habana, Cuba. He studied Business Administration and Marketing. He began working with his father and brother Alvaro Quesada Penabad, and the family became involved with making the Quesada family a centerpiece in the world of tobacco. In 1974, MATASA, Manufactura de Tabacos, S.A. was established in Santiago, Dominican Republic, now known as Quesada Cigars.

Share on:
"The demand for premium cigars in the world is slowly increasing every year."

Quesada celebrates its 40th anniversary in 2014. Could you tell us about the development of the company over the years?

In 1972 the free zones (FZs) were launched in the Dominican Republic, the first being located in La Romana. And the first cigar factory to be established there was the Aldatis of today. In 1974 we were approached by US investors regarding the establishment of a cigar factory. We were not cigar makers in Cuba, but leaf brokers, with my great-grandfather and his brother having set out in business in 1876. They were buying tobacco from the farms, processing, packing, and then selling it to factories around the world. When we “donated” everything to the new Cuban government in 1960, we relocated to the Dominican Republic as we had been going there since 1939 as the Germans had taken over the Dominican market and were selling tobacco in Spain, in competition with Cuba. That was hurting our margins, which is why in 1939 we started to buy tobacco from the Dominican Republic. We were in the leaf business until 2002. Since 1974 we have been involved in the manufacturing of premium cigars as a company that started as MATASA and now operates as Quesada Cigars. My daughters, niece, and nephews are the fifth generation working for the company.

Could you tell us more about the composition of Quesada Cigar portfolio and the brands that enjoy the most popularity?

We own three major brands. The first is Fonseca, a Cuban brand, the rights to which we hold in the US. This particular brand cannot be sold in any market besides the US market due to a brand registration conflict with Cuba. Secondly there is Casa Magna, our own private cigar brand made in Nicaragua, and finally Quesada Cigars, which is also our private brand made in the Dominican Republic. Both of these brands are sold in the US and European markets as well.

“The demand for premium cigars in the world is slowly increasing every year.”

What are Quesada’s competitive advantages over other cigar producers in the Dominican Republic?

In the premium cigar world, we talk about three main characteristics; taste, construction, and consistency of manufacture, which is how the product is perceived. A good draw, excellent construction, and an even burn are key elements besides flavor and strength when smoking a cigar. Therefore, the continuity of construction and continuity of blend are the main essences. In addition, having our historical legacy affords us an enviable reputation, and we have extensive experience of both manufacturing and maintaining the blends that we make and have made throughout the years. That may not give us an advantage, but it does afford us a strong presence in the market. When the first Quesada came out in 2009, which was on our 35th anniversary, it was bought unseen. We had not even made the cigar yet and we were already selling them, as people trusted our knowledge and the passion we put into every cigar we make.

What is the origin of the tobacco that you use in the production process?

There are two ways to make a premium cigar. The first involves a “puro,” which means that a cigar has to have all fillers, binders, and wrapper from one country only. The countries that we use the most are the Dominican Republic, Nicaragua, and Honduras, but we also use tobacco from Mexico, Ecuador, the US, Indonesia, Brazil, Peru, Costa Rica, Cameroon, and Colombia. The second approach is to make a blend; this means that you have materials from different countries put together as one. A good example of a blend is to take Dominican and Nicaraguan fillers, a Honduran binder, and US wrapper. In the blends that we make, the tobacco we use the most is from the Dominican Republic, Nicaragua, Honduras, Mexico, Ecuador, and the US. When making a blend you have the option to combine different tobaccos to create a unique cigar that using tobacco from just one country cannot accomplish.

What percentage of your cigars is destined for export?

Almost one 100% of our cigars are exported. Recently, my daughters Patricia and Raquel and my niece Esther opened a premium cigar shop in Santiago, our hometown, that sells our cigars in the Dominican Market. This launch means a greater opportunity to sell more cigars in our home country.

What is the importance of being a member of the Pro-Cigar Association?

Pro-Cigar is a unified voice with considerable power behind it. While it may be easier for a minister to challenge an individual, it is difficult to do so to an entire sector. Pro-Cigar represents about 85% of all cigars being exported from the Dominican Republic. It’s a wonderful organization to work with; we all have a shared passion, which is our love for cigars.

How would you assess the overall performance of the tobacco industry in 2014?

The demand for premium cigars in the world is slowly increasing every year. Percentages are in the single digits. This may vary by two to three percentage points, but that gives us a boost because, rather than being in decline, we are slightly increasing and maintaining our presence in the market.

What is your growth strategy?

Let’s go back to talking about the palate; the palate is sensitive to sweet, salty, acid, and bitter tastes. Another important element has been added, the umami, which the Japanese have come up with, and is located in the center of the tongue. We also have salivary glands and the nose that also come into play when perceiving smoke on your palate. When reading reviews in Cigar Aficionado, you come across references to chocolate, cinnamon, coffee, leather, fruits, herbs, and so on. When you have a bittersweet reaction on your palate, that message is transmitted to your brain, where upon from your personal map of associated objects, you say, for example, chocolate. There is no actual chocolate content at all, but you are immediately reminded of it. Everything is unique and the combinations are so huge that we allow the smoke to produce different effects. That is why we are so different even though we use the same tobaccos. We blend differently and in so doing create all kinds of variations that play upon the smoker’s palate. In our world, there is no best. Is Gauguin better than Picasso? Is Grappa better than Mendoza?

What is your view on the current regulatory and fiscal environment in the Dominican Republic?

We face a number of challenges among which I can mention taxation and prohibition. But, smokers somehow find that extra 25 or 35 cents to buy a Dominican cigar, even if they cut their consumption down from five a month to four. The greatest concern is prohibition, because if a smoker buys a cigar but cannot smoke it anywhere, he will stop buying. Tobacco prohibition in our major market, the US, runs from city to county, and from state to federal level, making it a four-tiered affair. These do not have a uniform strictness, and so must be challenged individually.

Despite all the challenges, the industry is still steadily growing. What would you say explains this trend?

Many smokers are moving away from cigarettes; some to e-cigarettes, and others to cigars. So there is an upward movement from product categories. Young people, from 30 years and up, are finding that cigars are a social product that relaxes when shared with family and friends. Two people having a drink in a bar may not talk to each other, but when a cigar is introduced it immediately stimulates impassioned conversation of the “where did you get it, and how do you like it?” variety. That’s why cigars are routinely a staple part of baseball games, barbecues, hunting, golfing, or fishing, to name a few occasions that merit a smoke. Therefore, many younger people are entering the cigar smoker’s world, which also accounts for the gradual annual uptake every year. I staged some events in Tennessee and Alabama recently and was surprised to see the number of young people attending and smoking cigars. So that bodes well for the next 30 years. Once you have enjoyed a cigar you usually continue to do so. We have a cigar called the Heisenberg. Curiosity and a thirst for knowledge is part of life, and although many wanted to know more about the cigar, we decided that the Heisenberg cigar would remain an enigmatic celebration of uncertainty. No one knows what the blend is, and that’s exactly how things will remain. At an event in California, I met a physicist who was fanatical about the Heisenberg, and he told me how he gets together with top physicists at his home to discuss their work and smoke his beloved cigars. This has got to be the greatest feeling in the world.