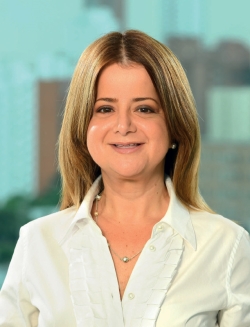 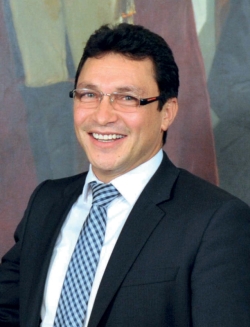 Share on:
How does your city contribute to Colombia’s economy? CARLOS CAICEDO OMAR Colombia enjoys a competitive economic climate today across many sectors. Santa Marta plays a key role in the expansion […]

How does your city contribute to Colombia’s economy?

CARLOS CAICEDO OMAR Colombia enjoys a competitive economic climate today across many sectors. Santa Marta plays a key role in the expansion of the tourism sector, as well as the development of private infrastructure for that industry. Currently, 87% of its GDP is derived from tourism. Public investment has also contributed to the expansion of this industry at around Ps300 billion ($150 million). Santa Marta also contributes to the maritime and logistics industry—we operate the most efficient and deepest port in Colombia. Santa Marta has also attracted many second housing projects along its Caribbean coast in Cartagena. Official data shows that the housing industry has seen the development of projects worth Ps670 billion. We have also seen the development of several shopping malls and industrial parks over the past few years. Santa Marta has been the birthplace of many cultural events and movements in Colombia; we are the oldest city in South America, and in 2025 will be celebrating our 500th anniversary. Santa Marta was the birthplace of Gabriel Garcí­a Márquez for example, as well as of numerous writers, poets, and singers.

ELSA NOGUERA DE LA ESPRIELLA Creativity, talent, and innovation have been three of the main characteristics of the people of Barranquilla throughout the years. Barranquilla’s Carnival, declared an Intangible Cultural Heritage by UNESCO, is one of the main forms of expression of our culture and traditions. Our main competitive advantage as a city is our strategic location. Barranquilla sits at the intersection of the Magdalena River and the Caribbean Ocean, enabling us to conduct international business in the most efficient manner. Colombia is a country that has decided to internationalize itself through many free trade agreements (FTAs), and Barranquilla’s location is a powerful advantage for these. Our “Florece para Todos” (Flowers for Everybody) project aims to build a fairer and more honest city where everybody has access to a quality life, guaranteeing access, and good levels of quality within the health and education systems, making them more integrated, too. The project has also invested in social housing, and these several elements combined have allowed us to reduce poverty levels in the city.

What is the strategy for developing a sustainable tourism industry?

CCO The district of Santa Marta is home to two important national parks: Sierra Nevada and Tayrona. The latter is the most visited natural park in the country and offers some of the most paradisical beaches in the world. Santa Marta’s tourism offering focuses on sun and beach, as well as ecotourism. For this reason, there are ongoing talks on potential tourism projects around the park area in order to boost the tourism features of the district. Over the past few years, we have seen an increase in the arrival of ecotourists both from Colombia and abroad.

What potential does Barranquilla have to become a regional health tourism destination?

ENDLE The recent construction of the Porto Azul Clinic, the best of its kind in the Caribbean region, has increased our competitive level in this field. However, I would like to highlight the network of public and private health centers and their quality as one of our main strengths in becoming a regional hub in the health tourism sector. In this context, I think heart and neurological surgeries are expected to drive health tourism in our city.