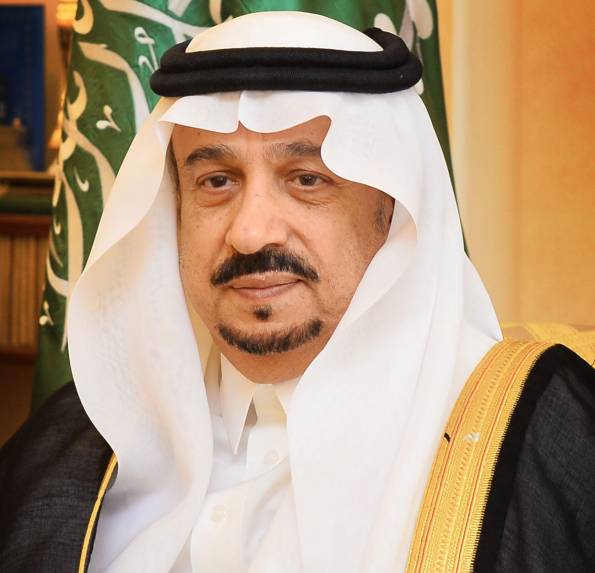 Prince Faisal bin Bandar bin Abdulaziz Al Saud is Governor of Riyadh province and Chairman of the High Commission for the Development of Arriyadh. Since obtaining a degree in management from King Saud University in 1969, he has held positions in the Defense and Aviation Ministry and the Post, Telegraphs, and Telephones Ministry. From 1992-2015, he was Governor of Al-Qassim province. In 2015, he was named Governor of Riyadh province.

Share on:
Riyadh is working hard to become one of the world's 100 best cities by 2030. Its extensive new investments in public transport will take it much of the way.

What are Riyadh’s most significant assets as it seeks to become a global economic center?

Riyadh is the vibrant capital of the Kingdom of Saudi Arabia, which is the largest economy in the Middle East and North Africa (MENA). Its strategic location at the heart of Saudi Arabia offers it considerable advantages including access to markets across MENA, Europe, and rapidly developing Africa and Asia. Riyadh today has a population of 6.5 million people. Most are young, with 35% of the population under 15 years of age. What’s more, our new generation is among the most educated and technologically savvy people in the region. Riyadh has a vision to be among the best 100 cities in the world by 2030. Realization of this vision is ongoing through many planning and strategic initiatives across all sectors. This includes an ambitious strategy for the redevelopment of the historic core of the city (1,500ha) in partnership with the Kingdom’s Public Investment Fund (PIF). Furthermore, we are developing major parks and environmental projects, such as the prize-winning Wadi Hanifah restoration and the restoration of historic Addiriyah, a UNESCO World Heritage Site. These restorations will help make Riyadh a liveable city that celebrates its rich heritage and history. To enhance our infrastructure, we are working on the King Abdulaziz Public Transport Project, which involves a 176-km metro system with six lines and 85 stations supported by an extensive new bus network. King Khalid International Airport has also been renewed and expanded. To link Riyadh with other regions in the Kingdom, we launched new national railway projects with Riyadh as the hub. This includes the new Saudi Land Bridge project that will provide a rail link between Jeddah and Riyadh and onward to the Arabian Gulf coast, using the existing railway lines. Recently, we inaugurated the 2,750-km railroad linking the capital to Majma’a, Qassim, Hail, Aljawf, and Qurayyat. Riyadh is the headquarters of the country’s commercial banks and encompasses the King Abdullah Financial Centre, which will house the headquarters of CMA, financial corporations and banks, offices of legal accountants, lawyers and financial advisory services, the classification authorities, and providers of technological services. The capital academy for financial specializations and courses will also be established here. Riyadh is also being transformed under an ambitious project to build digital connectivity with ITC infrastructure, creating Smart Riyadh. We are now a technology cluster, with leading institutes specializing in nano-technology and energy—including nuclear and renewable energy—as well as the Riyadh Techno-Valley project and the Information and Telecommunications Technology Complex (IITC). There are two industrial cities in Riyadh and a third under construction, with outlying industrial cities being developed elsewhere in Riyadh province. Education and health services are leading parts of Riyadh’s assets, where excellent services are available for the city’s population and for visitors, making Riyadh a hub for such services in the region. A key goal of Vision 2030 is creating private sector jobs and reducing the economy’s dependency on oil through diversification. Riyadh’s sophisticated and modern infrastructure, available investment capital, strategic location, and human resources are all propelling investment and industrial growth in new directions. However, Riyadh’s major asset remains its people: well educated, well travelled, welcoming, family oriented, and willing to accept and embrace change and modernization in all aspects of life.

How do you envision the future of Riyadh city?

A city of prosperity by nature of its competitive advantages, it will be a contemporary oasis in harmony with its desert environment, attracting domestic and foreign investment. The vision is also for Riyadh to be a global center of innovation in scientific research and development and a leader in energy, desert environment technologies, health sciences, and education. A driving principle of Riyadh’s vision is to achieve sustainability in the future planning of the city within Islamic principles, which include the obligation of citizens to help create a city not just for its current citizens, but also for future generations.