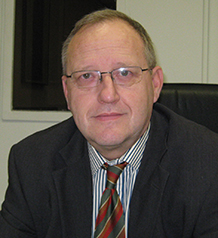 A Use for Everything

After receiving a degree from the University of Technology in France, Pierre joined the French Navy for several years where he learned about steam and turbines. After leaving the Navy, he joined CNIM 40 years ago, first in the shipbuilding activity of CNIM and then later in the environment sector. He has been the site manager for the construction of several new projects of WTE plants in the UK before being moved to the Operation & Maintenance department in 2005, where he managed three CNIM WTE plants in the Midlands. This is where he acquired his knowledge and experience in managing medium companies acting on behalf of Councils. After a brief stay in France for the management of another CNIM WTE plant in Toulon, he has been appointed to the WTE plant in Baku as the Plant Director.

What are some of the technical specifications for the waste-to-energy plant?

The Baku waste-to-energy plant is a project initiated within the framework of “The Complex Plan of Measures for Improvement of the Ecological Situation in the Republic of Azerbaijan,“ approved by Ilham Aliyev, the President of the Republic of Azerbaijan, in August 2006. The plant was designed, constructed, and is now operated according to the contract signed between Ministry of Economy on behalf of the government of Azerbaijan and CNIM S.A. (France). The construction of the plant was coordinated and commissioning was controlled by Tamiz Shahar. The plant is being currently operated by CNIM Azerbaijan. It is the largest in the CIS region, and the third largest in the whole of Europe. The plant is specified to burn up to 500,000 tons of municipal solid waste per annum. There is also a clinical waste treatment facility where medical waste from hospitals can be incinerated, too. Normally, the plant accepts common household waste and non-toxic industrial waste.

What role does the plant play as a power supplier in Azerbaijan?

The plant is capable of providing 231,500MWh of electricity to the grid on a yearly basis, which corresponds to the production of renewable energy. For comparison, I would like to mention that the energy we produce can meet the demand of the population of Ganja, the second biggest city in Azerbaijan. Energy is generated by burning the waste received in large boilers, which generates steam from the heat recovered and is then transformed into electricity through a steam turbine. The principal intention of the plant is really for the alternative disposal of waste in Azerbaijan by minimizing the initial volume of the waste to a very small volume of by-products; however, the production of electricity is also a large advantage.

Is the waste collected and incinerated at the plant solely from Baku or does it draw from other regions as well?

At the moment, the plant only receives waste from Baku and its suburbs. As said, the plant is capable of incinerating a half million tons per annum; in 2015, 509,000 tons was burnt, which shows that we run the plant at full capacity as it was designed and planned.

As this plant demonstrates its value to Baku, what are some potential areas of growth within the plant’s operations?

The plant is equipped with two incineration lines, one steam turbine and a flue gas treatment system. During the design phase we took population growth into consideration and realized that there could be a need for capacity expansion in the future. Therefore, the space for the third line was considered and third technological line can be constructed in future as per request of the client. By launching the third line, we can increase the capacity of the plant to 750,000 tons per annum, as soon as the third line is constructed and put into operation.

What are some of the environmental challenges facing Baku?

Waste coming to the plant is an alternative to landfill and the facility participates in the preservation of the environment and prevents possible pollution of ground water tables where the waste is dumped illegally. We also contribute by decreasing the release of greenhouse gases into the atmosphere with filter systems equipped at the plant. Otherwise, the waste will be dumped or incinerated in open air, which will release methane and carbon dioxide gases in large quantities.