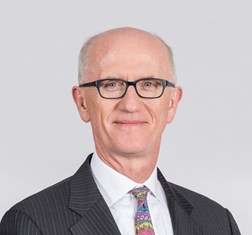 A Wealth of Knowledge

Andrew Long was appointed as CEO of HSBC Bank Oman in 2014. Before assuming this role, he was responsible for all of HSBC’s operations in Egypt, including a staff of 2,400. Prior to that, he was head of Global Transaction Banking and responsible for over 12,000 staff in 60 countries with revenues of USD9 billion. A career HSBC banker, he joined the company in 1977 in London and was appointed Group General Manager of the HSBC Group in May 2008. He has worked in Asia, New York, Australia, the Middle East, and the UK. An Associate of the Chartered Institute of Bankers, he holds a degree in economics and accounting from the University of Bristol.

Share on:
For a population that is comparatively overbanked and has overborrowed, major players must work in tandem with the central bank to enact the smartest policies.

How much demand has the HSBC seen for its bank guarantee products?

HSBC is focused on larger local and international players for its bank guarantee products, as many of them require performance and guarantee bonds. We choose to compete in sectors where we see positive growth. We are not deeply entrenched in the SME sector. There is a central bank-mandated 5% target for SME lending that few, if any, banks have managed to hit so far. However, this is not because there is a shortage of cash for the SME sector. Given that all banks have this target and none of us have hit it, this suggests there is more money than demand. We help SMEs in other ways, such as seminars with accountants and lawyers to provide financial, legal, and accounting advice. Through our CSR initiatives, we also help some small businesses in craft industries with environmental and education issues.

How does HSBC attempt to better reach Oman’s rural or under-banked population?

HSBC has the third-broadest network across Oman. We have branches in fairly remote places, such as towns near the Yemeni and Saudi borders, and in Haima near the oil fields. Younger bank customers use ATMS and mobile, internet, and telephone banking more often. As a result, we have merged a few of our branches because there was not as much demand for them.

How has the market received mobile internet banking in Oman?

HSBC has had internet banking in Oman for many years. We were one of the first banks with a mobile banking app and the first to have an Arabic app. Offsetting a considerable drop in manual transactions over the last two years, digital transactions have grown quickly in corporate and retail alike.

Are there an adequate number of banks for Oman’s population?

Banking services are readily available to nearly everyone in Oman. HSBC has 300,000-400,000 clients spread across the country and is one of two or three banks that have broad networks. If anything, Oman is overbanked—there are too many banks for the market, especially when we consider the presence of Islamic banking as well as the conventional banking sector. In terms of borrowing, most people have borrowed up to the hilt. This is why there have been discussions around several potential mergers.

How have the banking industry and HSBC been impacted by the introduction of IFRS9?

The initial impact has been positive. IFRS9 is an attempt to produce more consistency across the banking sector. However, because of the way IFRS9 is constructed, banks can take several different approaches to running models behind it for forecasting credit losses going forward. So, there is some inconsistency in the approach, which the Central Bank is aware of. HSBC takes a particular approach that is both global and conservative because there has been some increase in our provisioning. We expect this to continue into 2019.

What regulatory measures could be introduced to further modernize the banking industry?

The central bank has a new executive president, and only time will tell what his particular focus will be. He has had discussions with us and other banks and regulators, and he travels extensively and is well informed and connected, so I expect changes coming through and for him to continue the path of modernization set by his predecessor. The Oman Bankers Association has also highlighted a number of areas where some relaxation might take place. One example is the 6% interest rate cap on personal loans that has been in place for six or seven years. In this time, the cost of funding these loans has risen.