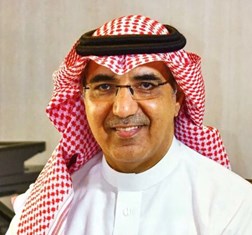 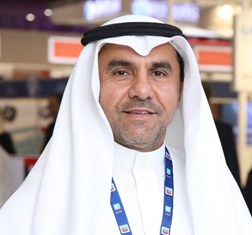 Share on:
Saudi Arabia's aerospace and defense industries are part of its bid to localize local industries and, by reeling in major players like Boeing, the Kingdom is showing that it means business.

Would you tell us more about your build up of local expertise in manufacturing?

YAHYA AL-GHORAIBI Under the direction of the Saudi government, we began discussions in 2013 with Boeing to work on converting the F-15S-model fleet to the F-15SA-model, the latest and most advanced Boeing F-15. In order to modernize the F-15, we had to completely replace the wings and forward fuselage. After we secured the contract, we began full production, enabling us to do the actual conversion of these aircraft. This opportunity has provided Alsalam Aerospace Industries with in-depth manufacturing experience, creating numerous high-skill jobs for Saudis. Finally, we are still active in civil aviation programs doing complete aircraft refurbishments, reconfigurations and modifications, as well as upgrades of aircraft interiors.

What was behind the creation of AACC and what have been some of the company’s most notable achievements?

MANSOUR BINEID AACC was created in 1988 as part of the Offset Program, a government defense procurement initiative. Our first contract was the C-130, and we later acquired repair capability for F15, typhoon, tornado, and hawk aircraft components. We also expanded into the business of training aircrafts such as the PC9. At present, we have seven US and UK platforms. Our main capability lies with the hydraulic and fuel systems, environmental control systems, landing gears, and auxiliary power units. Measuring 100,000sqm, there is no comparable facility in the entire region from India to Morocco. We work in partnership with Safran Landing Systems, which has landing gear locations in the US, Europe, Mexico, Singapore, China, and the Middle East. It gave us the know-how and technical support and, in turn, we provide the manpower and facility. We have more than 13 projects running and are targeting the GCC and wider MENA region. In two years’ time we aim to do 40% commercial and 60% defense work as compared to 95% defense and 5% commercial.

Could you tell us more about your JV with Boeing and Saudi Aerospace Engineering Industries (SAEI)?

YAG While there was a boom in the number of helicopters operating in the Kingdom, there were no specialized centers providing full services for helicopters; all the maintenance work was being done locally by the owners themselves or outside Saudi when more advanced checks were required. As a result, the three partners—Boeing, Alsalam, and SAEI—conducted a strategic study to set up a new center dedicated to servicing helicopters. The majority of these aircraft are provided by Boeing and Sikorsky. After various discussions, we entered into a joint venture and established a Rotorcraft Support Center (RSC) that was launched in April 2017. Once operators know about RSC, work should start flowing in. This is in line with the government’s Vision 2030 strategy of localizing the aerospace and defense industries. We also expect to see more helicopter parts manufacturing or assembly happening locally as more purchase orders go out to original equipment manufacturers (OEM).

How does AACC fit within Vision 2030?

MB AACC helps diversify the economy away from oil and gas. In the past, Saudi Arabia was importing the bulk of its products and expertise but with recent reforms, legislation is helping us achieve our goals. We provide indirect benefits to the economy, creating local, sustainable jobs, schooling, accommodation, transportation, and so on. We participate in the country’s security with our work, while reducing the capital investment for the government. It takes less time to locally source a product than to import from abroad. All these indirect and direct factors play in our favor as a local company. We strive for Saudization; 62% of our employees are Saudi, and we aim to reach 80% in the medium term. Our plan is to double our workforce in three years. Our suppliers are also technical partners; we send our employees to learn the know-how and technical capability. We also do a great deal of in-house training. For example, in December 2017 we recruited 22 fresh graduates from the technical academy to give them on-the-job training. Even though some might later get headhunted by other companies, investing in human resources is a key component of our business plan. The creation of government bodies such as the General Authority of Military Industries (GAMI) and Saudi Arabian Military Industries (SAMI) will further help us channel our work. Last but not the least, privatization is great news; business and growth in an economy cannot be sustained by the government alone. The latter is more agile and dynamic; it recognizes different values and is more reliable in creating sustainable jobs.