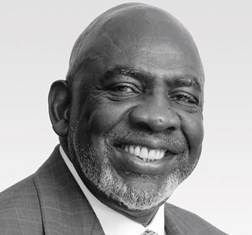 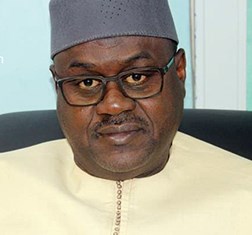 Share on:
For young and dynamic populations living on vast under-farmed arable tracts of land, the technology and capital transfers from the UAE are spurring real growth and development in Africa.

What are some key areas for growth and development between the UAE and Africa?

DR. CHEICK MODIBO DIARRA I see immediate growth in two areas. The first is in agriculture; Mali measures 1.2 million sqkm, but contains merely 15 million people. Our resources are abundant: we are 2.5 times the size of France and blessed with two rivers. There are millions of arable hectares of land waiting to be farmed. Satellites, drones, and geographic information systems (GIS) can all be incorporated into traditional farming techniques to boost productivity. We can acquire data to ensure regions have adequate water supplies and determine where fertilizer is needed. Information systems such as these are critical knowledge that the UAE has and Africa needs. In contrast, Africa has arable land. What we can do in terms of agriculture can also be done in terms of potable water, which will be the most sought-after commodity in the 21st century. Africa has rich water resources. If we could map, quantify, and learn to transport water, the opportunities would be considerable. Second, there is much that can be gained from sharing knowledge and technology between Africa and the UAE. Moreover, the risks of investing in Africa shrink in proportion to the growth of democratization.

BABER GANO The cooperation between the UAE and Mali recently experienced a boost that was underlined by the visit to Mali by Sheikh Abdullah bin Zayed bin Sultan Al Nahyan, Minister of Foreign Affairs and International Cooperation of the UAE. This fruitful visit resulted in the signing of a number of MoUs to strengthen bilateral relations. It has helped put in place a number of agreements between the governments of Mali and the UAE covering areas such as security, diplomacy, economy, trade, culture, and sports. One of these agreements was around investment protection to create favorable conditions for investment in both countries, increase cooperation in the private sector, and stimulate growth and job creation. Furthermore, a convention aiming to prevent double taxation and tax evasion with respect to income taxes was signed. Its main purpose is to promote economic relations between our two countries. The UAE and Mali also signed an MoU to eliminate the need for travel visas for citizens, reflecting the strength of the relationship between our two countries.

How can we ensure that innovation in Africa is nurtured from within?

CMD Technology companies should understand areas where Africa needs to innovate and then let them try and decide what kind of infrastructure this entails. Combining my experience as Chairman of Microsoft Africa and as Prime Minister of Mali, a country where 80% of the population is illiterate, I have reached some conclusions about how we might be able to bridge that gap and improve access to innovation. The first phase would be a system where computers can translate any language. Based on this conviction, we created the Local Language Program (LLP) to translate Microsoft Office and other programs into Zulu, Swahili, and Amharic. There is also the issue of financial accessibility. We cannot purchase a computer for every African, but we can aim for low-cost buildings that factor in the cost of a computer and supporting infrastructure. Then, we can level the playing field throughout the entire world. Finally, the third phase is to increase human capacity. In my last two years as chairman, we trained 35 million Africans for free. We do our share, and they do theirs. The more people there are who are successful in these places, the more business we can do.

BG We are pleased to be among the beneficiaries of the Abu Dhabi Fund for Development (ADFD). Via its policy to assist developing countries to achieve sustainable socio-economic growth, ADFD supports Mali in many projects through financial assistance. A concrete example of this support is the extension of a loan of USD8.98 million to the government of Mali to finance the construction of a hybrid solar energy plant, a project that will help to deliver power supply to 30 Malian villages and create job opportunities for the local communities. Another important project funded by ADFD is the Taoussa hydropower project, estimated at around USD370 million, which includes a 25MW hydroelectric power dam with an average output of 118GWh, or 87% of local energy demand. It also covers the 130km of paved roads from Gao to Taoussa and a number of hydro-agricultural developments that total 139,000ha. These include 84,000ha in controlled submersion, 45,000ha of new irrigated perimeters in the river valley, 10,000ha in the valley of Tilemsi and in the Gourma basins, and the creation of a 3-billion-cbm reservoir to promote fishing and stockbreeding and improve the river regime downstream with a guaranteed flow rate of 75 cbm per second. The project will also establish a real green bulwark against silting in the area. It is a major project for the development of the country, especially the north.