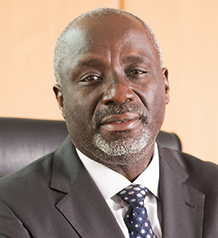 Ali A. Mufuruki is a Tanzanian entrepreneur, philanthropist, public speaker, and leadership coach. He is co-founder and Chairman of the CEO-Roundtable of Tanzania, a policy dialog forum that brings together more than 100 CEOs of leading companies in Tanzania. He is also owner, Chairman, and CEO of Infotech Investment Group, a family business with interests in ICT, media, telecoms, private equity, retail, and real estate across a number of countries in Africa and beyond. He previously sat on the Board of the Tanzania Central Bank. He also served on the Board of Directors of Technoserve Inc. of Washington, DC, and Nation Media Group of Kenya.

Share on:
TBY talks to Ali A. Mufuruki, Chairman of the CEO-Roundtable of Tanzania, on collaboration between the government and the private sector, Tanzania's competitiveness, and his goals for the coming year.

What role can the private sector play in the long-term development vision, and how can the CEO-Roundtable cooperate to help?

The private sector’s primary motivation is to make money; therefore, the private sector is not the problem. On the contrary, it can and will be the government’s best partner in building the nation. What is needed is a clear framework for collaboration between the government and the private sector in the country. We need plenty of electric energy, and we need the private sector to play a larger role in generating it. The same applies to infrastructure, such as water, rail, roads, airlines, airports, gas and oil pipelines, ports, telecoms, and ICT. The private sector can help build infrastructure with capital, technology, and skills. City rail in Dar es Salaam and other cities with big populations such as Mwanza and Arusha can be big business opportunities, and there are certain private sector players willing and able to make the investments. This plan needs to be negotiated, the conditions need to be created, and the capital and expertise need to be brought into the country. The strategies for achieving these outcomes have to be decided in a collaborative manner between the government, the private sector, and development partners if development is to take place. That is the primary challenge for the current government.

Looking at the global competitiveness index, Tanzania ranks 139 out of 189 countries. Is Tanzania a place for investment?

China has until recently ranked worse than Tanzania in the World Bank’s ease of doing business index, but it attracts the most foreign investment in the world. When the World Bank measures the ease of doing business, it does not measure African states as producers but as consumers. For example, it measures how long it takes for a container to come in and not how long it takes to go out, or how efficient our exports are. Africa’s share of global trade is less than 2%, so the outflow of goods from Africa to the rest of the world is insignificant. The World Bank spends a great deal of time writing statistics about that, but my question is what are we doing about our own productivity and how can we increase our share of global trade? The only way Tanzania can start being more relevant in global trade is to become more productive and drastically increase its economic output. We have to become participants in global production and not mere observers, and that requires investment in production and productivity. Turkey, for example, became an interesting place not because it has a huge population and consumes a large amount of stuff but because it is now the leading exporter of technology products to the US. To date, Tanzanian leaders have unfortunately not focused on production and productivity; they focused on aid, loans, grants, and things such as ports, airports, roads, and natural endowments such as minerals and wildlife. No one has seriously tried to answer the question on what that road will carry or what production hubs it will connect to, where the electricity to power the industries, trains, and computer networks will come from, where the people with skills are, or where is the capital to make all this happen. These are the issues we need to focus on and start measuring.

What are your goals and expectations for CEO-Roundtable for 2017?

There are a number of issues that we work on. We want to continue the conversation with the government about ethics and the fight against corruption, and want to talk about public-private dialog, adding teeth to some of the initiatives that we have been developing together. We want to talk about human capacity development and investment-friendly labor laws. We want to discuss investment in electricity that will power the industries we want to build. There is a great deal that we need to talk about including policy stability, which is a big priority, and we are fighting against the clock.