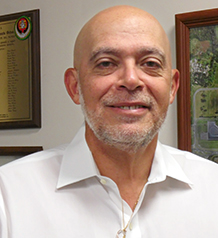 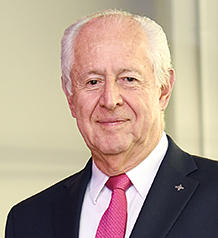 Share on:
What are some of your ongoing projects? Rafael Mencia KLM and the Costa Rican Ministry of the Environment have been working on a biofuel project for a while, though they […]

What are some of your ongoing projects?

Rafael Mencia KLM and the Costa Rican Ministry of the Environment have been working on a biofuel project for a while, though they have yet to reach an agreement. KLM is able to push governments in the right direction and has already done so in many countries. There will be a change in government in May 2018, though by law the vast majority of middle management involved in this discussion will remain in the government. It is an interesting project to which we have offered our help. We can participate in it in a positive way to help airlines to go green. That is basically our message: if they take the adequate percentages and are able to negotiate with the airlines, then the majority will agree to the project.

Fernando Naranjo We are a new airline, less than a year old. We started operations in Costa Rica on December 1, 2016 with a flight from San José to Guatemala. At the beginning of 2017, we started to operate San José to San Salvador and San José to Managua. These flights cover the most important Central American cities. Volaris in Mexico is our parent company and started operations in Costa Rica two years ago, flying from Cancún and Guadalajara to San José. By mid-2017, the operation of these two flights was transferred to Volaris Costa Rica. In September, we started the flight from San José to Mexico City. We are the only airline that flies to three destinations in Mexico: Cancún, Guadalajara, and Mexico City. In November, we will start a new route from San José to Tijuana with a stopover in either San Salvador or Guatemala.

What has enabled you to grow and expand?

RM Growth comes from aircraft and passengers. SJO is a special airport in the sense that we have many airlines coming to San José; other airports such as Santa Domingo have half the number of airlines. The growth in traffic brings with it the challenge of providing enough space to these airlines. Peak time is extremely high; there are 17 airlines that spend the night here, all of which seek to depart at 5am. It is a challenge to host these airlines and their passengers. The main focus of our infrastructure development plan, therefore, is traffic. We need to move quickly and hope the construction to the west will take place sooner rather than later. We have been fortunate that another part of the airport management is to manage slots. US carrier growth is lagging behind European airlines, which are wide-body planes. The only way we are able to accommodate wide-body aircraft is because of the expansion we made two years ago with Block G, the last to the east. Hosting such large aircraft on a daily basis requires more positions and expansion. Narrow-body aircraft typically carry 120 passengers while those coming from Europe have 240 passengers, so we need bigger halls, more facilities, and more room; it is all about space and infrastructure. The only thing to do is manage the slots as best as we can; at the end of the day, when new type of planes emerge, airports need to be bigger to host them.

FN The experience in Mexico with Volaris is that when rates are reduced, people switch from buses to planes. The situation here is not the same as it is in Mexico, but our operation between San José and Managua is similar to that of many Mexican cities. It takes eight hours to travel by bus while by airplane it takes only 45 minutes. There is a great difference in time, though the difference in cost is negligible. Many Central Americans live in the US, especially Salvadorians and Guatemalans. The most important share of our market will be transporting relatives who live in the US and visit Central America, and vice versa. For Costa Rica, it is a little different because tourism has been for more than two decades a great driver of the economy. For tourism, the entrance of Volaris Costa Rica is important, especially because the US market is huge. The US Department of Transportation (USDOT) granted us an exception to the open skies bilateral agreement between the US and Costa Rica in September 2017.