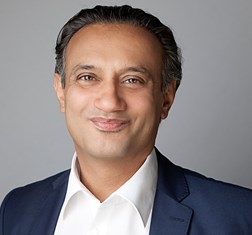 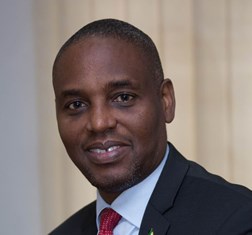 Share on:
Nigeria, a 180-million strong country, is fast realizing the potential of its aviation market and introducing structural reforms in hopes of ushering in a new dawn.

How was 2018 for Lufthansa and the overall business environment?

ROBIN SOHDI For Lufthansa, it was business as usual. We are still flying to three points: Port Harcourt, Lagos (then on to Malabo), and Abuja. Port Harcourt predominantly focuses on the oil and gas industry. As the seat of the federal government, the majority of the business in Abuja is either government-related or based on government contracts. All three points we fly into and out of in Nigeria also bring a portion of leisure business as well. Lagos is Nigeria’s commercial hub, and Malabo, which is outside Nigeria, is related to the oil and gas sector. One thing I have learned about Nigeria is that irrespective of what happens, Nigerians travel. This is called visiting friends and relatives (VFR) traffic, and Nigeria has a huge global diaspora. There are two types of airline business that are considered to be consistent: the marine business because seafarers have to travel to join their vessel irrespective of any geopolitical scenario and the VFR business.

Aero Contractors is the oldest carrier in Nigeria. Could you tell more about the history of the company?

CAPTAIN ADO SANUSI Aero Contractors began as a logistics company for the oil and gas sector nearly 60 years ago. Thereafter, the company transformed into an airline. There was a period, during the oil boom, when Aero Contractors was flying over 25 helicopters within the Gulf of Guinea, servicing not only the Nigerian market, but also west and central Africa. After the boom, the owners of the company decided to go into mainstream airline commercial services. They started with a fleet of 10 Boeing 737s. Unfortunately, during the devaluation of the naira, the airline encountered a major crisis in 2013. It was underperforming until the Asset Management Corporation of Nigeria (AMCON) came in to rescue the company. We are currently in the process of stabilizing the entire company.

How does Lufthansa maintain its competitive edge against other international airlines?

RS All the other carriers do not fly to more popular destinations because Lufthansa’s network is the largest. We have an amazing product and reputation, along with a loyal passenger base. When flying from Lagos to Frankfurt, you would be lucky to see more than a handful passengers terminate their journey in Frankfurt because most of the passengers are going on to somewhere else. So, passengers are willing to fly with us because of a combination of product, fare, reliability, reputation, and brand. This is why we have some loyal Nigerian corporates as partners.

What impact has AMCON had on Aero?

CAS AMCON’s strategy was to stabilize the aviation sector. It came in to save the banks that granted loans to aviation companies and airlines. Since it realized it would not be easy for the company to repay its loans, AMCON converted the loans into 60% equity while the shareholders retained 40%. AMCON employed financial advisors to suggest ways to recapitalize the airline, brought in fresh investors, and diluted the shares that AMCON and the existing shareholders had. We expect this activity to be private-sector driven. AMCON will give the private sector and foreign investors the assurance that the government will stand behind the investment. Its intervention has gone a long way to stabilize the sector.

What factors in Nigeria have had a negative impact on Lufthansa’s operations?

RS All companies were suffering from repatriation issues during the forex crisis, but not now. All African airports are a challenge, and it is surprising how busy Lagos Airport gets. When there are three or four aircraft on the ground at once, immigration and baggage collection areas are packed. Customs clearance can take a long time, but that is the same in all airports. Nigeria is finally looking to devise an aviation maintenance, repair, and overhaul (MRO) strategy. This will allow Nigeria to develop local skills and become a hub that services the aircraft of overseas airlines.

How will your maintenance facility impact Nigeria’s aviation sector?

CAS It is a game changer. Airlines that take their aircraft out of the country for maintenance can now be accommodated locally. We recently completed the first C-Check of a 737-500, which was the first C-Check of its kind in Nigeria and western and central Africa. The main contributing factor of airlines going under in this part of the world is the lack of maintenance facilities. We sell tickets in naira but maintain aircrafts in dollars, so even when there is a devaluation, airlines cannot increase ticket costs to cover the gap.