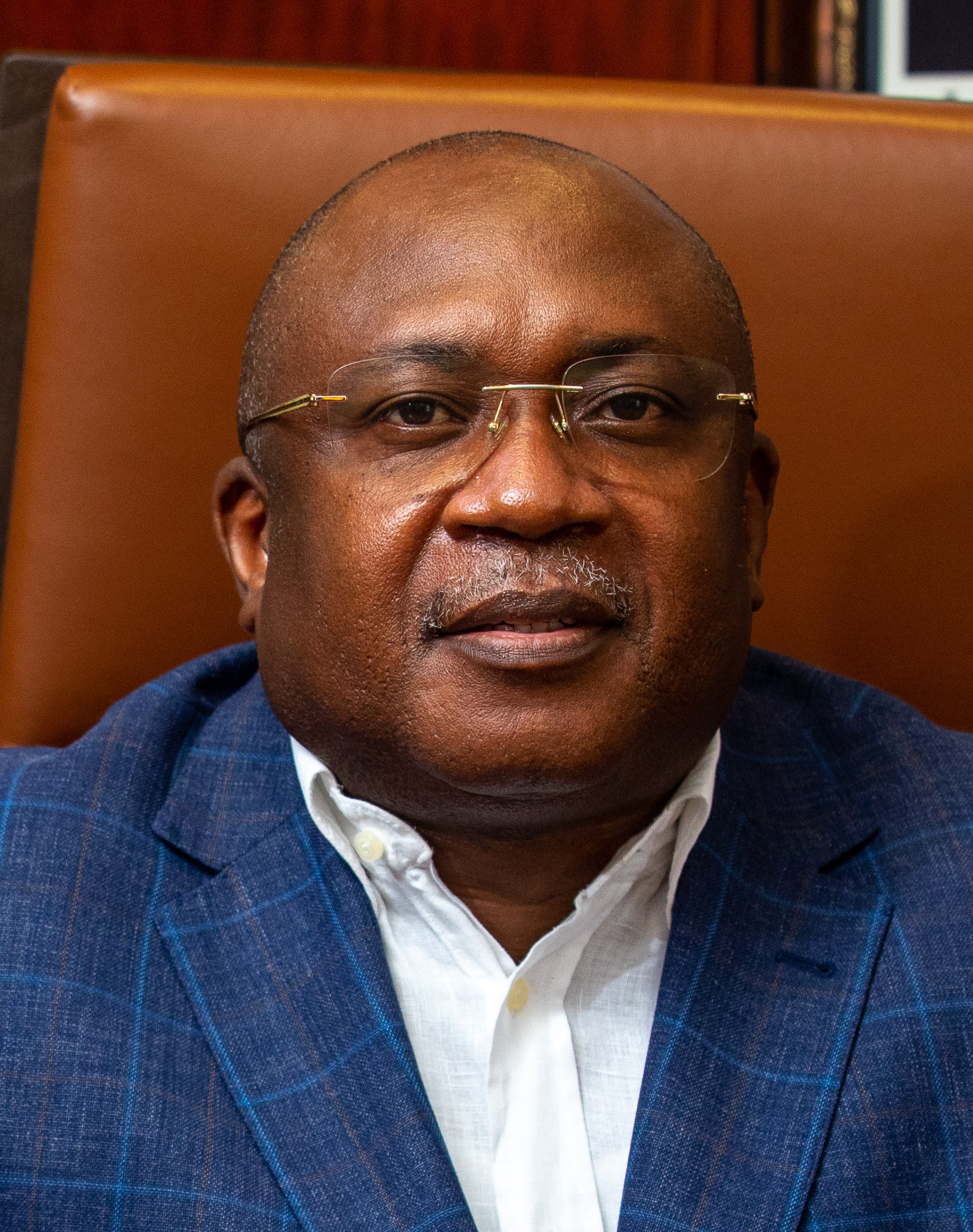 Chairman of the Board, Port of Luanda

Alberto António Bengue, Chairman of the Board of Directors of the Port of Luanda, has a degree in Transport Economics from the Technical University of Road Construction and Transport Kharkov in Ukraine, a Master’s Degree in Maritime Business in the specialty of Port Management, by Worl Maritime in Malmo, Sweden, and a Diploma in Logistics Management from Lloyd’s Maritime Academy/North West Kent College, London, UK. He is a Doctoral Student in Public Policy, University of Aveiro. He was previously Head of the Investment Department of the Studies, Planning and Statistics Office, Ministry of Transport, Head of the Inspection and Invoicing Department of the Financial Department, Empresa Portuária de Luanda E.P., Coordinator of the Intertransit Ex-Terminal Management Committee (Actual Polivalente Terminal-Unicargas, E.P), a Sub-Coordinator for the Economy and Finance area of €‹€‹the Management Committee of the Ex-Terminal of Intertransit (Actual Terminal Polivalente-Unicargas, E.P), Head of the Financial Department, Luanda Port Company, and presently holds the position of Chairman of the Board of Directors, Empresa Portuária de Luanda E.P.

Share on:
TBY talks to Alberto António Bengue, Chairman of the Board of Port of Luanda, about the African market, an MoU with the port of Antwerp, and objectives for 2022.

Port of Luanda facilitates international trade activities between Angola and the rest of the world. Can you give us an overview of the development of the port since its establishment?

Up until 2005, Port of Luanda was considered a tool port. However, from that year onward, it began to grant concessions to private operators, which currently number five, with activities in operations and logistics. The first of them, Multiterminais, signed a concession contract with the port to manage the general cargo terminal, while Unicargas signed a concession contract to manage the multipurpose terminal, where general cargo ships, container ships, and project cargo ships, as well as vehicles, operate. We have a third operator, Sogester, which manages the container terminal. A fourth operator has entered into a concession agreement with Sonangol to develop the logistical support base for the oil activities. A final one is working on the multipurpose terminal, which has two functions: containers and general cargo. Starting from 2005, we started following the Landlord Port management model, which 80-90% of the world’s ports follow based on the guidelines of the World Bank as well as the International Maritime Organization (IMO) to provide for better port operations.

Compared to the other commercial ports in Angola, how important is the port of Luanda for the flow of imports and exports of the country, in the context of southern and western Africa?

Port of Luanda is the largest port in Angola, considering that around 80% of import and export cargo from all over the world pass through here, mainly from East Asia, though also from ports in Central, South and North America, in addition to Europe. The geo-strategic location of the port helps the cargo arrive and leave without any major problems. We have also gained a greater market share compared to other ports, because of the large size that the port’s hinterland offers. Port of Luanda is the preferred meeting point for importers and exporters because we have much more advanced cargo handling technologies and equipment than other ports in Angola.

Port of Luanda is gaining more market strength in Africa. To what extent can the port develop in the African market?

The dynamics of ports vary from year to year. Technological developments change rapidly, and Port of Luanda, as of this year, has designed a new masterplan consisting of developing the construction of a cruise terminal. We are also working on the project to build a shipyard, so that large vessels that break down do not have to travel to Walvis Bay or Durban. Angola is missing business opportunities given that the country has no shipyard to repair or maintain long-haul ships. In our new master plan, we also consider further investments. The intention is for the Unicargas and Sogester terminals to prepare the documentation to make investments in order to increase their depths. In the meantime, physical positioning has to be found for the 16-m depth quota to allow fifth and sixth-generation ships to start berthing at the port. In parallel, all the equipment that will operate inside these terminals will also need to be changed. In order to solve energy problems, the port has now planned and launched a public tender for the construction of an electric substation. To date, operators have been working with mobile cranes, powered by fuel. Operating costs are sky high, which make them less profitable. With the new electric substation, we will substitute the mobile cranes with rail cranes. In addition to transport by trucks, we also have an internal railway line planned that will allow all the cargo that enters and exits the port of Luanda to the logistics platform to be transported by rail.

The port recently signed an MoU with the port of Antwerp. What benefits will this collaboration bring to Port of Luanda?

There will be two key advantages, training and consultancy, mainly due to the importance of human capital for the development required for Port of Luanda. The MoU with the port of Antwerp focuses on training staff and providing consultancy at our port, taking into account the aforementioned strategic development program.

This development program also considers the concession of the port’s multipurpose terminal to DP World for the next 20 years. How important is it to have an operator with extensive experience in port management?

There was a public tender in which several internationally renowned operators participated, and DP World won. It is already starting to the develop the port’s multipurpose terminal in order to transform it into a faster and more efficient one. It will present the modernization project for that terminal, which we will discuss and approve.

Given the strategic position of the port and the current trade disputes, do you foresee bunkering as a business opportunity for the port of Luanda?

Here, the one doing bunkering is Sonangol. However, with the development planned for the port of Luanda, naturally, bunkering will grow further. Sonangol is having a big project to build refineries, and once they are built, the bunkering system will work better than it does now.

The government envisages turning Angola into an international logistics center at the level of airports, roads, and ports. What role is Port of Luanda playing in this strategy?

Angola has a master plan for transport that has already been defined. What is needed at this is to create the modal connections to transform the usual transport from the current intermodalism model to a multimodalism concept of transport.

Port of Luanda is currently undergoing a rebranding process. What are the objectives intended to be achieved with it?

The new logo appears, fundamentally, integrated in the strategic plan for the development of Port of Luanda. Now that we are immersed in the modernization process, the logical step is for us to also change our brand, focused on three fundamental aspects: the sea, the land, and the environment. We have a waste collection system with ballast water management systems, as we are concerned with port security itself. This logo represents our modernity.

What are the objectives of Port of Luanda for 2022?

We will begin to make the investments outlined in our strategic plan to train our human capital in order to achieve the fundamental objectives related to the development of Port of Luanda itself, and to be more competitive at the level of the African region in order to attract cargo from all four corners of the world and also increase the flow of cargo exports from Angola to overseas.