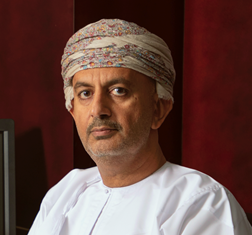 Share on:
In a bid to establish Duqm as the premier location for work and play, OPAZ is focusing on the smaller details such as leisure options and sustainable energy.

How did the establishment of OPAZ change the way business is done in the Special Economic Zones and Free Zones?

OPAZ was established with a mandate of four primary functions: planning, facilitating, regulating, and operating Duqm. In terms of operations, Duqm is led by OPAZ, Sohar is operated by the Sohar Free Zone Company (a JV by ASYAD and Port Rotterdam), Salalah is operated by Salalah Free Zone (a subsidiary company owned by Oman Investment Authority), and Al Mazunah is operated by the Establishment for Industrial Estates (Madayn). For Duqm in particular, in the first nine months of establishing OPAZ, the primary aim was to finalize the remaining major infrastructure packages of the Port of Duqm, and accordingly we handed over the port of Duqm Company. Second, we have signed an alliance agreement lead by the Fisheries Development Oman (FDO) and the state-owned Al Wusta Fisheries Industries to develop and operate a mega fisheries hub in Duqm. For the free zones in Sohar and Salalah, OPAZ has rolled out a centralized one-stop shop feature to streamline all licensing procedures. The establishment of OPAZ has resulted in more simplified license procedures, and we are continuously adding more direct services for customers. Given the current circumstances, OPAZ has played a vital role in adapting to the ongoing challenges by organizing the entry of experts and technicians that are required to install and commission manufacturing units at our special economic and free zones.

How important is it to have the right living environment in the zones?

Duqm has great potential for leisure-related projects. The zone has over 700 hotel rooms, and we are promoting the establishment of new hotels as we promote Duqm as a tourism destination. Meanwhile, OPAZ has signed with entertainment-related investments such as Sabeen Group, whereby phase one will include a center consisting of cinemas, entertainment zones, an indoor golf course, and dining and retail outlets. Another major project includes Maysan properties, which will compromise commercial offices, residential units, a hotel, a multipurpose hall, and other facilities. We have also brought in entertainment and leisure-based events such athletic initiatives like the Duqm Cycling Championship. We have also earmarked land by the sea to facilitate events dedicated to the youth of Oman and the region.

What role do SEZs and free zones aim to play in Oman’s energy diversification efforts?

The land allocated specifically for clean energy projects in Duqm was zoned at approximately 200sqkm primarily to allow companies to produce green hydrogen and ammonia, as well as extra power to sell to the grid. Soon, Duqm will be connected to the 400-MW grid between the Al Wusta and North Sharqiya regions, allowing for export and import with other regions in the Sultanate. One of Duqm’s strengths lies in its natural advantage of combining wind and solar power production within the same vicinity. Moreover, the location is in a close proximity to the Port of Duqm, which allows for exporting green-ammonia to the world. Similarly, there is growing interest to produce clean energy at Sohar free zone in line with Vision 2040 and the National Energy Strategy. The aim is to produce at least 25% of the free zone power requirements from solar energy.

You have been active in promoting entrepreneurship and SMEs. What are some of the other ways you support the targets of Vision 2040?

OPAZ continuously monitors in the special economic and free zones how companies are adhering to the minimum purchase of 10% of goods and services set by the government. At this stage, SMEs are being encouraged to participate in construction related activities, mineral processing, trucking, IT and food and beverage. However, several components for the large factories are imported from technology suppliers around the world, and we hope once such projects are completed, the opportunity for SMEs will be greater in areas such as maintenance and spare part manufacturing.