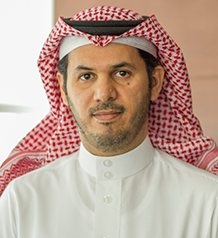 Saleh Al Henaki is the CEO of AIC. He joined AIC in September 2014 after having spent more than 20 years in investment banks, insurance, and real estate investments within KSA. He graduated from King Saudi University in 1994 with a bachelor of arts in quantitative methods. In 1998, he earned his master’s degree in economics from University of Colorado and, in 2002, a master’s degree in finance and actuarial mathematics from University of Michigan.

Share on:
TBY talks to Saleh A. Al Henaki, CEO of Alinma Investment Company (AIC), on the growth of Alinma, the real estate cycle, and opportunities.

What is the background of AIC?

AIC was established by Alinma Bank in 2010, two years after the establishment of Alinma Bank. Although new to the Saudi markets, AIC was quick enough to provide quite a number of competitive products to its partners. I joined AIC in September 2014. At that time, the company had all its business licenses in place. We prepared an ambitious business plan and reached the conclusion that the best strategy and way forward is to integrate with Alinma Bank. The bank has considerable room for growth in real estate financing; therefore, we decided to strengthen locally in that segment. The products we offered were three private real estate funds in 2Q2015. Following the success, we launched another three real estate funds in 4Q2015. Our total asset under management in real estate transactions is above SAR12 billion. Also in 3Q2015, we offered an IPO fund, which has been very successful. It started with assets under management of around SAR800 million.

What would you say are the most important elements that make Alinma Investment different from other investment companies?

We are the youngest investment company (bank spin-off) in Saudi Arabia and have invested in the latest and best available IT systems. This is one of our advantages over other bank affiliates, because many of them invested in their systems in the late 1990s with upgrades and changes costing a lot of money and time. We are also getting exposure to different sectors, because our bank is growing in different segments such as real estate, industrial financing, and semi-government financing. Other banks are only achieving the demographic growth rate, which is around 3-5%, while Alinma bank still registers double-digit growth. Therefore, as its investment company, we have huge opportunity to grow. We grew 180% in 2015 in YoY terms. Assets under management at the end of 2015 were SAR2 billion compared to less than SAR1.1 billion in 2014.

How would you describe the health of the finance sector in Saudi Arabia?

We have to take a number of factors into consideration. This is an economy with a young population; however, we face several challenges. The Saudi economy has historically been driven by government spending, which is driven by oil prices. This approach has benefited our GDP for the last 20 years, because growth in oil prices was faster than any other commodity. The government now intends to diversify its sources of income, which represents an excellent position from the point of view of the banking sector, because the government will need financing. Other opportunities for the banking sector will mostly arise from downstream manufacturing in the oil and gas chain, the pharmaceuticals sector, and the automobile industry, where huge diversification and growth is expected in the Kingdom. It is also worth mentioning that Saudi population is demographically young and characterized by a strong consumption-based culture and little propensity to savings.

What are AIC’s expectations and goals for 2016?

We will continue growing in the same areas hopefully maintaining our triple-digit growth rate. When launching any new products, we ensure it has significant impact on our overall performance. Real estate will again be one of the major drivers. There are many government initiatives coming in the residential real estate sector and we hope to contribute. The Ministry of Housing is pushing for partnerships with the private sector instead of developing its own projects. The real estate cycle is long, and its contribution is not visible in the short term. We are working with real estate developers on projects that will increase the supply in the market in next three years’ time. We agree with the Ministry of Housing that the issue now is the mismatch between the supply and demand. We are confident, and we expect this is the area to grow.