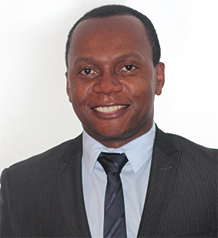 Ní¢ndio D. Durío has been the general director of Howard Johnson Call Centre since 2011 and is leading the restructuring process of the company and launch of new offers to the market. Also experienced in research, he has previously worked as consultant for several public and private organizations and as assistant lecturer at the Universidade Politecnica. He has an undergraduate degree in tourism from Eduardo Mondlane University in Mozambique and a master’s degree in business administration from the University of Tsukuba in Japan.

Share on:
TBY talks to Ní¢ndio D. Durío, General Director of Howard Johnson Call Centre, on its recent performance, the state of its human resources, and the impact of government policies.

How has the company done over the past year?

On an operational level, it has been a good year. Our new products and services are ready to come online. We are still working on those and trying to close some more partnerships to improve these operations, but we are on the right track. In terms of marketing we did not do too well, because we did not have enough resources to complete everything that we wanted to accomplish. On the other hand, we did get some contracts for internationalization. We have been talking with a Japanese company and a deal may be finalized soon. We are also in talks with a bank in Portugal, as well as a call center in Argentina. In terms of public relations and internationalization, we expect 2016 to be much better. Our focus in terms of countries will be mainly Portuguese-speaking countries such as Portugal, Brazil, also Angola, Cape Verde, Guinea-Bissau, and Sío Tomé & Prí­ncipe. If we can enter the Portuguese market, the rest will be easier to penetrate, because all those African Portuguese-speaking countries already have strong relations with Portugal. We have a good partnership with Vale of Brazil, which is a gateway for Brazilian companies entering the country.

How important is finding, keeping, and training human capital for you?

Human capital is the most important issue for us. Technology is great, but in five years it is obsolete and you need to replace it with the next thing. You need a good team of people, consistency, remaining on top of the game, and they go out and figure out what technologies are needed beforehand and then implement it. We are lucky, because every one of our personnel is exceptional and has a direct input in shaping our business. We are continually training people, introducing practices that will benefit the whole company. We have an annual training plan and our own training department. We provide a lot of guidance in-house, and expect everyone to be proficient enough in all fields that they can easily take over from others who might not necessarily be involved in their line of work.

What can the government do to further support successful start-ups like yours in Mozambique?

They need to just keep doing what they have been doing so far. The new government has a separate department for SMEs, and that is a place where we can voice and address our issues. It tries to provide a gateway and a link between us and the organizations that are willing to help us. In IT and telecoms, the government should pay attention to improving the basis for future development in the sector. We need infrastructure that is strong enough to act as a foundation for future development and growth. For example, we want to do VOIP calls, and so there is a need for regulation in that area. Without the right regulations, it would be a mess. We need strong broadband for that, and require training for people who can provide VOIP. One of the problems in Mozambique is that very few people pay taxes, and the ones who do pay taxes, pay for everybody else. The government has to work on that. On the other hand, the government has been good at helping companies like us establish contacts outside of Mozambique. Every time the President travels, he takes a large group of businesspeople with him. That gives us an opportunity to talk to him and voice our issues, and it gives him a chance to see us talking to businesspeople from other countries, and understand what priorities he can put on the table for his government. Overall, they are doing a good job, but certainly more can be done.