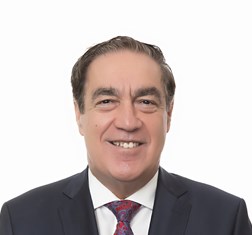 Emad Turkman is a qualified mechanical engineer with a degree from the UK and a postgraduate diploma in business and marketing. He started his career with GKN in the UK and then moved to Dexion Group. In 1995, he moved to Qatar to run Dexion’s distributor, Rumaillah Services. In addition to being Group CEO of Rumaillah Group, Turkman is also Chairman of Qatar British Business Forum and Chairman of Apton Partitioning Limited. In 2011, he was awarded an MBE by HM Queen Elizabeth II for his services to promote British businesses and to the British community in the State of Qatar.

Share on:
A group holding with seven companies specializing in trading and contracting, Rumaillah has been involved in most of Qatar's major and prestigious projects.

What is the history of Rumaillah in Qatar?

Rumaillah Group was established as a small business with a single product in 1978. The group did well until the recession in the early 1990s, and as a result the chairman was put under pressure to employ someone with expertise in the sector in order to turn the company’s fortunes. I accepted the offer after being approached by the company in 1995. Our challenges at the time were huge in terms of recruiting the right people, maintaining a healthy cash flow, and managing staff and customers. Nevertheless, we decided to continue our efforts, and today Rumaillah is an entirely different company with a strong service and product portfolio. We have seven companies that have been involved in major projects in Qatar, and we are currently working on one of the most prestigious projects in Qatar’s history—an automated system for the Ministry of Health for which we are working closely with our German suppliers. Other than that, we have helped build several aircraft hangar doors. For example, equipment for Ras Laffan was provided by Rumaillah, which is something the group takes pride in.

Given the diversification of the Qatari economy, which industries are becoming attractive for Rumaillah?

Due to the upcoming World Cup, the hospitality and construction sectors will thrive over the next five years. Several hotels and restaurants are under construction in order to cater to the growth in demand during the World Cup season. Similarly, new trams will be needed, and Rumaillah is playing an important role in that. At the same time, the government is spending heavily on healthcare and education. Overall, all areas of the economy are growing in tandem, including military and security, because of regional tensions. Rumaillah has products and services to offer for all planned projects, so we are monitoring development in all the sectors.

What are Rumaillah Group’s plans for expansion abroad?

We own a factory called Upton Partitioning, which is based in central England. We also have plans to open a factory in India and Turkey. At present, we have offices in Baku and Jordan. Moreover, the company was involved when Qatar National Bank opened an office in Yemen and Sudan. Notably, Rumaillah has carried out important projects with the US forces in Afghanistan and Iraq. Another important contribution of the company on the international stage is carrying out certain operations for ExxonMobil in Azerbaijan and Kazakhstan.

How do you expect the warehousing and storage business to develop in the mid term?

Activities in warehousing and storage will be exciting in the next five years because the government has allocating land for various companies to build factories and warehouses. In total, there are three or four such locations in the country, and there is a free zone in the plans as well. All the new warehouses will need equipment, which is something that Rumaillah is well positioned and experienced to offer. Therefore, our outlook is extremely positive and better than before. At the same time, the 2022 FIFA World Cup will bring optimism to the entire country, though the sector that will benefit the most is hospitality.

What is Rumaillah group’s outlook for 2019?

For 2019, we are cautiously optimistic. Rumaillah has a massive expansion plan coming up, and it is building major workshops and stores for 2019. There are multiple projects in the pipeline, and we are recruiting at the moment; the top management sets an example for the lower staff by working hard and showing strong commitment. We treat our employees well, and that is why we have less than 2% staff turnover. I have been in the country and with Rumaillah for 23 years, and this demonstrates my faith in the country, its people, and the company. 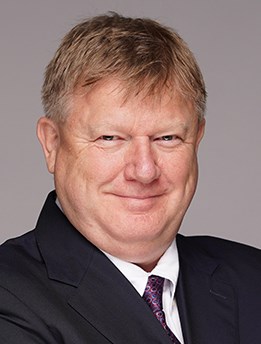 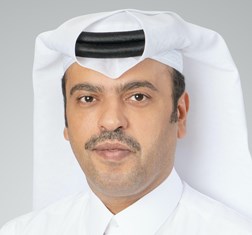