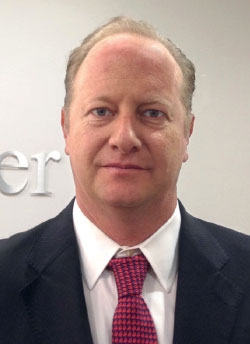 Member of the Board & CFO, Corporación Actinver

José Pedro Valenzuela Rionda has a Bachelor of Science from Universidad Iberoamericana (IBERO) He served as a Senior V.P. for Bancomer International in New York and later became President of Bursamex International from 1994 to 1996. In 1996, he joined Actinver and served as CEO for Actinver Securities until 2000, he then became President of Actinver´s Asset Management business until 2013, when he was named CFO for the Holding Company. Valenzuela is also a Member of the Board for Grupo Financiero Actinver, Actinver Bank, Operadora Actinver and recently joined the board of Sports World.

Share on:
How has Actinver developed in the Mexican market over the past 20 years, in terms of its key investment funds and landmarks? We launched the company in 1994, just ahead […]

How has Actinver developed in the Mexican market over the past 20 years, in terms of its key investment funds and landmarks?

We launched the company in 1994, just ahead of the crisis, which meant that the first few years were slow. We started as a mutual fund company with three funds, one in equities and two in bonds. Upon growing we observed that it was difficult to distribute, sell, and promote our funds to diverse investors, we even tried to create synergies with other mutual funds, but at that time the market was extremely jealous of its clients and distribution networks. We, therefore, decided to create a network of nationwide branches. For the first eight years, our mutual fund operation was our sole business, although, again, with growth came the scope to cover other investor requirements. We purchased a number of competitors, including a small company called Finacorp, in 2001, we then developed our brokerage house in 2004 with the acquisition of Bursamex and later entered the Afore business, subsequently sold to Metlife. In 2006, we bought a major competitor at the time, Lloyd Guadalajara. We were then able to acquire a number of other major entities, including Prudential Bank, in 2009. The latter acquisition enabled us to do two things; firstly we purchased a mutual fund company, which is now a core business. We grew by MXN15 billion that day. Secondly, we acquired a banking license. For the past 20 years, we have built and created a business platform that has served as the cornerstone of our present and future organic growth.

What is the significance of listing on the Mexican Stock Exchange?

We went public in May 2010. By listing the company, we accomplished many things, and became more transparent to the public and more visible to our investors. As the SME that we were at the time, we were able to leverage financial markets to raise capital and finance. I, therefore, believe that SMEs should view the financial market as a vehicle to raise capital and gain a firmer foothold in the market.

What is Actinver’s role in bringing SMEs to the market?

There are around 150 listed companies on the Mexican Stock Exchange. There are many SMEs in the Mexican economy, and there is much work to do in terms of bringing them to the market. These companies are ready, and we are seeing considerable consolidation and many companies attempting to raise capital. Our job consists of telling them that they are able to finance and raise capital through the markets. In the past, small companies were traditionally family-owned businesses, and did not typically approach the banks for money. We should be able to bring more companies to the market now, creating a more diverse and active market, making our stock exchange more appealing to local and international investors.

What will the major opportunities in the Mexican market be for foreign investors?

Everyone is looking to invest in energy, which should bring us not only welcome opportunities in that sector, but also new revenues and employment that in turn will generate wealth. We need to be ready to lend to these companies to facilitate their business. One field that I believe is an opportunity for investors in Mexico involves the Fibras (Real Estate Investment Funds). Fibra Uno, the largest in Mexico, has returns of around 7% to 8%.

Regarding the latest financial sector regulations, how do you view the medium term and what will Actinver’s role be?

Since we are a new company, we have been able to adjust quickly, and since we were born with the new regulations we are well capitalized, and ready to take advantage of our circumstances. In terms of financial reforms, it was a welcome beginning although much could still change for the better to foster further improvement. Our strategy for the future is clear: we want to focus on private banking.