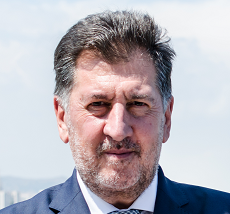 Amancio López is president and CEO of Grupo Hotusa, a company which he has managed since 1977. Grupo Hotusa is a dynamic organization composed of a number of companies in diverse areas of the tourism sector. The organization includes the hotel representative Keytel, the reservation centers Restel and Hotusa Hotels (the leading independent hotel consortium in the world in 52 countries on four continents), the company IGM Web technology and the on-line booking and management portal Hotelius.com.

Share on:
“We own close to 33% of all our hotels, and operate a franchise business line, a management segment, and a rental business.“

The group was founded 40 years ago. How has it evolved since then?

The firm was an initiative that began with limited resources, but considerable enthusiasm to create an organization that would help independent hotels compete with large chains in better and fairer conditions. It was created with under EUR1,000, followed by subsequent cash injection and ultimately, by growth. We were young and learned quickly, creating a group that is diverse and international, and that has a bright future. In our early years, we focused on managing reservations for hotels, and creating commercial networks. Then, in the 1990s, we started to manage hotels ourselves. We acquired our first hotel in 1994 and we have just opened our 200th establishment. Ours is the story of a company in which we learned everything ourselves by doing, and where we were able to deliver steady growth.

Was it always a high-end hotel group?

No, we started with small hotels and after a time we started to have both high and lower-end establishments. We have a diversified portfolio that today includes boutique hotels, hotels in rural areas, small hotels, and hotels in towers and so on. The key to success is being efficient; once you know to do something better than others it is critical to seize that competitive advantage. Right now, it is vital to be innovative because companies are highly competitive, which is a major challenge.

MICE tourism is significant in Spain, ranking second in this sector. What’s the group strategy to tackle this?

The segment is of vital importance as it is set to grow the most in the near future. There are two strategies that are critical for us: one is the differentiator, such as boutique hotels; the second is specialization in segments like MICE. It has a huge opportunity for sustained growth. For us, this is an important segment and we aim to launch a brand specialized in this area.

What makes Spain attractive for this segment?

There are several factors, the first being security. Spain has very high security standards. Second is the fact that the public health system is excellent. Third is the existing infrastructure. We have some of the best airports in Europe. And fourth is that we have the second largest railway infrastructure in the world. On top of all that, Spain has a very good lifestyle that is highly attractive. Besides, as a country we boast the second largest number of World Heritage sites.

What’s your strategy in terms of the creation of Hotusa Ventures?

It is essentially a step toward diversifying risk, and to analyze how we move into the future to remain a step ahead. Companies need to be alive, and responsive to global changes. The goal is to create new businesses.

You recently launched beds for travel. Why did you enter into this market?

We own hotels, and have establishments that we rent, and other hotels that we manage and franchise among other businesses areas. We are active in numerous areas, but had lacked beds specifically focused on the vacation segment, where we perceive growth potential. Launching this will expand what we can offer in our consortium of 3,000 hotels, completing the range of hotel products we offer to holiday establishments. That said, we also plan to boost our franchise business.

How can Spain continue to position itself as a world leader in tourism?

We are the world’s second destination for tourist arrivals. However, the target market is the high-quality tourist who can generate wealth for the country. This industry generates around 12% of national GDP and one out of five jobs created in Spain is in tourism. I believe the country needs to continue to boost this entire industry.

What are your views on the Spanish public sector’s efforts to boost tourism?

Today, the public sector must focus its efforts on attracting tourists from more remote destinations, rather than those close to Spain. We have traditionally received many tourists from France, Italy, and the UK, but right now we have to focus on attracting tourists from the US and Asia, the segments likely to grow the most in the near future. I think more agreements need to be established with airline carriers to boost this tourism drive. We also need to preserve our historic heritage in lesser known destinations and adopt a wider approach to promoting tourism in these regions of Spain.

What are the company’s goals for the year ahead?

We have an area in which we are growing organically at a good pace of 10%. We expect to see continued profitability. We own close to 33% of all our hotels, and operate a franchise business line, a management segment, and a rental business. The model is strongly consolidated, and we are in a process of internationalization. We are present in Europe and Latin America, and intend to continue growing in Africa. I am particularly satisfied with the company in that we employ many young people, which guarantees continued expansion.