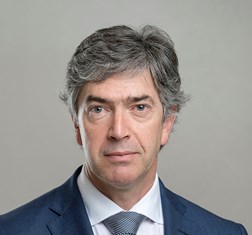 Pedro Manuel Monteiro Machado is the current president of Fiscal Council ANT (National Tourism Association), the Regional Tourism Entity of Central Portugal, and the Regional Agency for the External Promotion of Central Portugal. He has been pursuing a PhD in tourism at the University of Aveiro since 2013. Machado has a master’s in educational sciences with a specialization in educational psychology and a degree in philosophy from the University of Coimbra. Moreover, he is a co-sponsored member of the External Personnel invited by the Technical-Scientific Council of the School of Tourism and Hospitality at the Polytechnic Institute of Guarda as well as a co-opted member of External Personnel coopted by members of the Council of the Department of Economics, Management, and Industrial Engineering at the University of Aveiro.

Share on:
Turismo Centro de Portugal is working on positioning central Portugal as a sustainable and healthy aging destination with inclusive, sustainable facilities for all kinds of tourists.

What does the Tourismo Centro de Portugal do?

Our strategy, whether from the point of view of the domestic market or the external one, is based on five main axes. First, we are a cross-selling destination between Lisbon and Porto, an international affirmation that gives us world heritage sites and destinations that are highly differentiated when it comes to nature tourism, Serra da Estrela, and the sea. We not only have heritage and culture, but also many activities related to surfing and supertubes, not to mention a growing number of activities like cycling, walking, and religious tourism, in particular Jewish tourism. These five axes—touring, surfing, walking, cycling, religious, and rural tourism—are what we’re staking our strategy on to attract new markets such as Brazil, Canada, the US, and Asia.

Over 20 million tourists now visit Portugal on an annual basis. How has this affected the country?

We calculated there were nearly 6.5 million overnight stays in 2017, with growth coming mainly from Brazil, the Netherlands, Poland, and the domestic market. Key points that influenced this were the visit of the Pope in 2017, which generally brings a million visitors, the centennial celebration of the apparitions of Fatima, and the impact of social media on surfing and Nazaré played its part. It is worth remembering that for the centennial celebration of the apparitions of Fatima, some of the most important markets were South Korea, China, Vietnam, the Philippines, Thailand, Brazil, the US, Poland, and Israel.

How do you describe a typical guest who chose Portugal over other countries?

Families with small children, especially those who like cycling, walking, surfing, and windsurfing, are increasingly choosing Portugal as their preferred destination. Notably, in 2019, central Portugal will host a world surfing championship that will only bring more.

How do you assess the future of eco and rural tourism in Portugal?

Central Portugal has one of the largest levels of rural tourism, and we have several examples of sustainable and environmentally responsible tourism. There is an eco-hotel whose whole process is made up of sustainable facilities and whose pest control, for example, is managed internally by frogs. Portugal has more than 70 river beaches with blue flags, one of which, Mira, has the longest standing blue flag in Europe. Similarly, there is a significant number of beaches with golden flags, which refers not just to the quality of the beach, but also the environment and water. A number of these beaches are located in isolated rural areas.

What is a typical itinerary for a more high-end visitor?

Central Portugal is not characterized by the existence of large hotel chains; our core is ‘small is beautiful’ and related to small family units and intimate friendships. When we talk about Areias do Seixo Hotel, Casas do Cor Hotel, H2O Hotel, or Vista Alegre, these are places where the customer is greeted as a family member and where the owners perform or oversee all services. Brands such as Vuitton, Maserati, and Vogue have done catalog for these hotels. Casa do Cor is a typical example. Another example is Marialva, which is situated in a village in the heart of the Serra da Estrela and is managed by the daughters of the owner. Portugal’s best bet for the medium- to high-end segments is in this segment of small units with high levels of service.

What are your goals for the coming year?

We want to reinforce our attraction and our activities related to Catholic and Jewish tourism, such as Santiago de Compostela. We are working with partners such as Spain to coordinate actions aimed at distant markets. For example, we have already worked with it on a heritage appreciation strategy. Moving forward, we want to be seen more as the heart of Iberia and less as the center of Portugal. Altogether, we are repositioning our international approach.