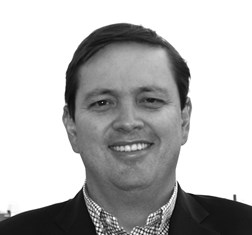 A Push in the Right Direction

Andrés Fajardo is the CEO and co-founder of Clever leaves. Prior to that, he was Founding Managing Partner of Mojo Ventures, a unique late-stage company builder focusing on working with startups and small companies to achieve unprecedented growth and profitability. He has a degree in industrial engineering and a degree in economics from Los Andes University, Colombia.

Share on:
“We have invested significantly in innovation at many levels.“

How has Clever Leaves led the evolution of the sector in Colombia?

Clever Leaves began 2018 with secured funding. We partnered with Northern Swan and started to grow from there. We were pretty much in line with five or six players at that time, and there were clearly two leaders a little ahead of us. Today, we are among the top-two players in developing the medical cannabis industry in Colombia. We have led it in different dimensions; first we have been aggressive in all of our operations deployment and have been able to build over five hectares of cultivation, which are now up and running; these will expand to over 15 hectares by mid 2019. We have also built a GACP-grade post-harvest facility and already started producing in a GMP pharma type production facility; in less than a year that is remarkable for any company in Colombia and elsewhere. We were five people in early 2018, and now have over 130 people. It should reach 200 in January 2019 and over 600 by the end of the year. That gives a sense of how fast we have been setting up our capacity. Secondly, we have been the most aggressive company in developing partnerships with different potential clients across the world, which gives us a solid position to show that we are not only growing cannabis, but have clear destinations for it. Third, we have helped the country make a leap on the regulatory side of things, which is one of the reasons why the cannabis industry has moved forward this year. Fourth, we have invested significantly in innovation at many levels.

What will be the socio-economic impact of a robust medical cannabis sector for Mexico?

The potential is huge. A large part of the healthcare system in Mexico is state run and highly centralized. If Mexico continues down this path, patients will have access to affordable high-quality medical cannabis relatively soon. From a societal standpoint, medical cannabis does not have a lot of push back. Recreational is a different story, but the medical benefits will be well received. It is clearly a win-win situation for doctors and patients alike.

What lessons can Mexico learn from medical cannabis in Colombia and vice versa?

Mexico has already implemented a few things taken from the Colombian legislation, since there are certain similarities in what they are proposing and what we have. One of the things Mexico has done well is position itself as a country that can supply the world, whether medical or recreational, whereas Colombian law limits production and commercialization to medical cannabis. Though I agree that whether or not cannabis should be legalized for recreational purposes is an issue that must be resolved locally, a country’s ability to position itself as a world supplier is economically promising. Colombia could adopt this part of the regulation from Mexico. One thing Mexico could learn from Colombian law, on the other hand, is that it abides by all the international treaties and agreements. In Colombia, we have to get quotas approved with the ICNB, restrictions today that will be an asset for the country from a regulatory standpoint in the long term.