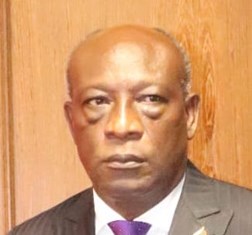 Minister, Ministry of Agriculture and Fisheries of Angola

António Francisco De Assis has a degree in Agricultural Sciences from the Higher Institute of Agricultural Sciences of Havana, and Specialized in Vegetable Production from 1976 to 1981. Prior to his current position he was Minister of Agriculture and Forests, Consultant to the Ministry of Economy and Planning, and from 2001-2018 he served as Chairman of the Board of Directors of INAPEM. For much of the 1990s he was Director of the Refrigerated Warehouse at FRESCANGOL-UEE, as well as General Director of the Sugar Company Centro “OSUKA-UEE“, a sugar factory in Catumbela and Dombe Grande.

Share on:
“These crops are essential to our development, and, therefore, any private investor can harvest corn in Angola to sell it to a third country.“

Since you assumed the position of Minister of Agriculture in 2019, what have the main milestones and achievements in the agriculture sector?

Since I started leading the ministry, we implemented as the main strategy the development of family agriculture. The majority of the Angolan population works in agriculture. As a result, we have focused on establishing a common ground of measures and procedures to develop family agriculture. However, we wish to have large corporations to participate in this process, since these processes are complementary to each other. That is why we are focusing on family agriculture. More than 90% of the total agricultural output in Angola is produced by SMEs. This is the main reason for the focus we are placing on that segment. For many years, we were an economy based on oil. Consequently, areas such as agriculture were given a lesser importance. With the arrival of President Joío Lourenço, the mindset of public institutions has changed, and the country started looking into the problems that our economy faces and remained unsolved. Angola has a great deal of arable land and a wide variety of climates. Hence, almost every main crop can be harvested here. We have many lakes and rivers across the country. All that, put together, leads us to a situation in which developing a new agricultural policy is a must.

Angola country currently only cultivates approximately 10% of its 35 million ha of arable land. What are the plans of the Ministry in order to increase the total area?

We must be aware of this reality and be willing to change it. There are some logistic challenges. For example, Angola is not a producer of fertilizers or pesticides. We need to develop a market with refrigerated trucks and specialized transportation services, for example, so that manufacturers can bring in products. On the investment side, there is a lot to be done. We need domestic and international investments to develop this logistical chain. We have a clear and simple policy to attract private investment. Through this policy, the government makes land available for investors that are seeking to export or import. Some of our priorities include corn and soy production. These crops are essential to our development, and, therefore, any private investor can harvest corn in Angola to sell it to a third country.

What are the most attractive projects for potential foreign investors that are willing to come to Angola?

We have excellent conditions to harvest avocados in Angola. Mexico, for example, is one of the main avocado producers. However, it does not produce enough avocado to serve the demand. Angola has a strategic location and the proper soil to harvest excellent avocados. We need to develop specific programs to bolster avocado production. To do so, we need to train workers on the matter as well.

What are the tax incentives and advantages for companies in the primary sector?

We have a fixed policy on that matter, namely to attract foreign investment. It is always possible to negotiate among the parties to create a situation that favors investment into the country. All the supplies for agricultural production that enter the country have a reduction of VAT, which is about 14-15%. The reduction will allow a 5% exemption for agriculture products. However, it is always possible to evaluate each case individually.

Several international organizations, such as FAO and the World Bank, have gotten involved in developing support programs in Angola. Can you elaborate on these?

This cooperation between intergovernmental associations and the Republic of Angola is inscribing its success story in national agriculture, especially regarding the so-called family agriculture, which involves small exploitation centers that make up 90% of the agricultural structure in Angola. The results we are getting are significant and encouraging in terms of efficiency improvement. Despite the global crisis and many negative factors, agriculture in Angola grew by 5% in 2020 and 4.8% in 1Q2021. The rural extension methodologies that we are developing with support from FAO and the World Bank, mainly the field schools, are a clear example of the solid work we are implementing here. Family farming is currently responsible for the majority of the agricultural production in Angola. It not only represents the economic support for many families across the country but is also meaningful to us.

What are your main objectives for the year ahead?

We aim to continue along the path we have started in 2019, while strengthening the cooperation with the producing communities. Through the implementation of Programs and Action Plans for the Agriculture and Fisheries Sector already defined in the National Development Plan 2018-2022, we have extremely ambitious goals, especially improving the efficiency in sectors such as livestock, fisheries, and crop production.