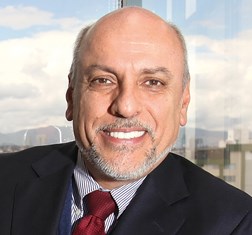 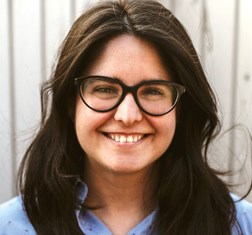 Share on:
Traditional institutional research centers are working with a creative start-up ecosphere and progressive municipal and local governmental efforts to boost research.

How have you evolved over recent years?

ENRIQUE CABRERO MENDOZA The results have been different than what we expected. Various factors, including economic conditions worldwide, resulted in budgetary adjustments that ultimately slowed down the investment growth in the science, technology, and innovation sectors. However, overall, this administration’s legacy has been positive. For example, public investment in science and technology grew by 40%, which is unprecedented in the history of this country. In gross domestic expenditure on R&D (GERD), we saw a small increase, due mainly to the fact that private investment did not grow at the same pace. To help improve this situation, we maintained the Innovation Stimulus Program (PEI), which has had an important impact on companies since it supports their innovation strategies and whereby public funds account for 48% of the total project investment. On top of this, in 2017 we created an interesting new tax credit program. We know that internationally, the most successful policies are those that combine both direct support (such as PEI) and tax incentives. This program of fiscal credit, which has been extremely well received by the private sector, has key features. CONACYT evaluates all projects that are submitted to make sure they are reliable and technologically feasible, with important investments in laboratories and in recruiting highly qualified human capital. In 2017, this program represented an investment of USD33.75 million.

INÉS JIMÉNEZ The company began after I came back from finishing my PhD in London. I wanted to become an academic in Mexico; however, when I got here, I realized that ideas in academia were not translating into products or innovation. Therefore, I decided to set up a platform so that people in academia or research had better access to the market. From 2013-2014, we began applying for government grants from entities. The funding process has been about 55% from CONACYT through different programs such as the PEI or the Fondo de Innovación Tecnológica (FIT), which is through both CONACYT and the Ministry of Economy. Through these government grants, we evolved from being a 3D-printing lab into a scientific innovation center. All of our start-up developments have been in the medical sector using technology such as 3D printing and virtual reality because of the advantages these technologies offer in specific applications. They may include tailored, patient-specific implants or equipping surgeons with better technology or practices in virtual reality before completing a procedure. We do biotechnology, but that is just one product that is also used for the medical sector.

How do you encourage innovation?

ECM CONACYT encourages entrepreneurship by articulating its strategies with other federal government agencies such as the National Institute of the Entrepreneur (INADEM). We often invite investors to listen to and analyze the main initiatives, processes, and products that research centers are working on, as we are convinced that all sectors must have good and close communication in order to know each other and improve trust. As far as working with the educational sector, CONACYT has strengthened two programs. One is “PhDs in the industry,” by which we support people who hold a PhD for a year, after which they are offered a longer-term contract. We also have graduate degrees in the industry in a dual system.

IJ We are 3D printing a biomaterial called PEEK, which has several applications. The two that we focus on are maxillofacial implants for frontal bones or cheeks, and a spinal implant for herniated disc surgeries. We have designed them with surgeons so that the procedures are also easier to perform. We aim to sell to local surgeons first before turning our gaze to the public sector and hospitals. We have also been invited to join the medical device cluster here in Jalisco. In addition to tequila, there is also a major effort regarding software clusters, given that IBM, Intel, and Oracle operate here. We have government efforts in Guadalajara including the México Innovación y Diseño (MIND) building. It is a vision of the government to put all of these clusters—shoemakers, software, industrial design, and tequila—under the same roof.