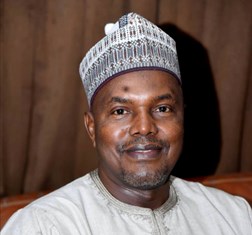 Share on:
What policies and measures have you implemented to boost commerce and trade in Kano State? We recently enacted several policies and established relevant vehicles to ensure their implementation. Significant successes […]

What policies and measures have you implemented to boost commerce and trade in Kano State?

We recently enacted several policies and established relevant vehicles to ensure their implementation. Significant successes have been recorded in several spheres. Abdullahi Umar Ganduje OFR, the Executive Governor, has been leading a campaign to improve the ease of doing business in the state, thereby attracting significant inflow of investments both from other parts of Nigeria and foreign countries. Kano was instrumental in moving up Nigeria’s rank on the World Bank’s Ease of Doing Business report from 169 to 145 in 2017, for which it earned an award from the Presidential Enabling Business Environment Council (PEBEC). Some of the major policy developments include the automation of the registration of business premises, the automation of acquiring land titles, the appointment of consultants for Kano Urban Planning and Development Authority (KNUPDA) to facilitate building approvals, supervision, and certification, the establishment of special magistrates courts to address small claims and dispute resolutions, and the establishment of the Kano Investments Promotion Agency. Other measures include the development of an integrated international market, the Kano Economic City (KEC), established under a PPP arrangement between the state and foremost construction company Brains & Hammers. We have also provided ultra-modern shops for traders and improved access to roads, flyovers, and underpasses to improve movability across the state. The governor was honored for being the most security-conscious and responsive governor.

You have emphasized the importance of PPPs to grow the economy. How and where do you seek such partnerships, and in which sectors would you welcome them the most?

We have a special agency for the promotion of PPPs, the Kano Investments Promotion Agency (KANINVEST), and we also appointed a hybrid state standing committee for investments advisory committee headed by His Highness, the Emir of Kano, Muhammad Sanusi II. Areas of special interest for PPPs include the development of new markets, energy, cluster development, solid minerals, entrepreneurship development, and skills acquisition.

Which sectors present the highest potential for growth over the next few years and the largest investment opportunities?

We see the largest investment opportunities in the industrial and manufacturing sectors, in the cluster development of SMEs as well as the exploration of solid minerals. However, identifying and formalizing the informal sectors of the economy is also a priority as it can also be an important source of revenue.

You are passionate about developing the potential of Kano’s deep cultural heritage and tourism. What measures are you undertaking to place Kano on the regional tourism map?

Our annual Sallah festivities can promote the image of Kano State as a tourism and cultural center. Dr. Ganduje has appointed a standing committee under my chairmanship for the upgrade of the Durbar festivities, which has been adjudged as the second-largest assemblage of horses in the world. Also, we are committed to upgrading all the preexisting tourist attractions such as the Dala, the Goron Dutse leather works, the Tiga Rock Cattles Hotel located at Tudun Wada LGA, the RuRum Resort Center, the Dawakin Tofa pottery centers, Minjibir weaving village, and Kano State’s diverse wildlife. We also plan to reposition the Magwan and Daula hotels to increase their attractiveness. To boost tourism, we are also working to attract more international flights to Mallam Aminu Kano International Airport

What is your outlook for Kano State in 2019?

Our mission and vision for 2019 is clear: we are determined to make Kano a major commercial hub and tourism destination in Africa.