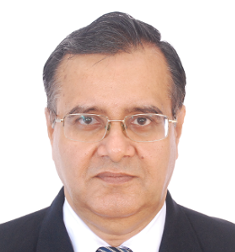 Around USD650 million invested in Nigeria

Ashok Manghnani is a Dynamic Chartered Account. He graduated from the Institute of Chartered Accountants of India in 1986, and has working experience in Africa for over 29 years, including 26 years in Nigeria and 22 years with Sona Group. He joined Sona Group as Financial Controller and went on to become Group Finance Director. He now works as Group Chief Operating Officer and is Director of all Nigerian and offshore companies. He deals with banks in Nigeria, including the Bank of Industry, but also works closely with the sales and marketing department.

Share on:
"The Bank of Industry is supposed to support industries; however, it charges 10% in addition to other charges."

Can you tell us about the history of the company?

We started this business in Nigeria in 1994, and in 1995 we started with two breweries, one in the south and one in the north. In 1997, we took over more breweries, bringing the total to five. In 2011, we sold our brewery business to Heineken; it was the best time to exit from the sector as the large players were entering into the market. We then diversified into other areas. At that time, we had an injection molding factory and were producing the crates for Heineken, Guinness, and SABMiller. We manufacture plastic pallets and were the first to start in Nigeria as all other companies were using wooden pallets. We have two recycling plants where we recycle the crates, battery cases, and whatever plastic we get from the market is recycled. We are bringing one Pet recycling plant and two more plastic recycling plant in 2018 which have already been sourced. We have total nine industries including two independent power plants.

Can you tell us more about your ethanol plant project and its impact on local businesses?

We recently completed the plant, and we did water trial in December. We have a distillery here; importing pure ethanol is extremely expensive as the duty is 30%, and we decided to bring in crude ethanol, the raw material for the distillery. it was completely internally financed and we have not taken any bank loans. The next phase, which will take place in 2018 after starting production, will be to produce crude ethanol from cassava. The government has given us some land for which we have found some co-producers and farmers as we will not go into direct farming. We will control the farming here and 1,000 farmers will be involved. The plant capacity is 120,000 liters per day, which requires 300 tons of cassava per day. We have formed a cooperative and once we receive the physical allocation of land from the government, we will start harvesting there. We have a malt extracting plant which is also financed internally and it produces malt extract from local produce Sorghum for Breweries like Nigerian Breweries, Guinness and SABMiller and also produces sugar substitute Glucose Syrup which we supply to Bakeries and Biscuit manufacturers.

How does Sona contribute to Nigeria’s socioeconomic growth in the long term?

The government is encouraging local industries and the industrial agenda provides employment to people; we have a direct workforce of 3,000 people and almost 8,000 indirectly through the supply chain of transporters and so on. We also pay taxes and duties to the government as well as excise duty as we produce alcoholic beverages.

What are your expansion plans for the future?

We have complete confidence in the Nigerian economy and have been here since 1995. We are still expanding in the biscuit and chocolate industries as well as our packaging industry. All our machines are from Germany and other European countries; European machinery may be more expensive, though they are the highest quality and last for a long time. In 2017 we committed EUR50 million for industrial machinery for projects, some of which are under construction and others under commission. Our total investment in Nigeria thus far been almost USD650 million and we have committed an additional EUR50 million for this machinery.

What does the government and the private sector need to do to further boost the ‘Made in Nigeria’ brand and import substitution?

Items from the Far East, especially China, are cheaper. To compete with that, the government needs to provide infrastructure and better roads. The second issue is that the borrowing costs in the country are high: commercial banks charge 25-26% interest. The Bank of Industry is supposed to support industries; however, it charges 10% in addition to other charges and the fees come to almost 11.5% per annum. It also charges 15% for working capital, in addition to a monitoring fee. In other countries, the government subsidizes industry in terms of finance cost and other areas; here, in terms of finance cost there is no support from the government. Therefore, some mechanisms are needed to support industry in terms of finance. Industrialists cannot bring 100% investment here and some support is required from the industrial and infrastructure banks. Other challenges are power supply and the high cost of diesel.

If these issues are resolved, can manufacturing play a big role in Nigeria’s economy?

The government is definitely focused on resolving the power issues; the governor of Lagos State did an excellent job in this respect, which is why the President picked him for his current role. Power supply, not only to industries but also to the market and people’s homes, has improved significantly so the government is trying. It has signed some MoUs and has promised that the power supply will increase in 2018 and it will perhaps start supplying to industries as well. In terms of infrastructure, certain private companies have come to the rescue of government. For example, Aliko Dangote has taken the initiative to repair some roads to the port areas. His group has almost 2,000 tankers lying on old roads so they need it for themselves as well. The government is working on the power sector; however, it needs to do more with infrastructure.

What are your expectations for 2018?

With the expansion we are undertaking, our growth is 100% every year. Our turnover was NGN15 billion (USD42 million) in 2015 and NGN28 billion (USD78.4 million) in 2016; in 2017 we anticipate NGN50 billion (USD140 million). The support we are requesting in terms of power, infrastructure, and finance is so that we can grow more because we are committed and have full confidence in the Nigerian economy.