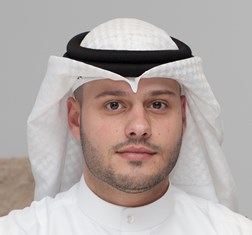 Share on:
“We launched in Kuwait because the logistics here are great. However, in addition to running the app, we also run our own logistics service on our platform with selected partners.“

What led to the creation of JustClean and what has it achieved so far?

After my brother and I moved back to Kuwait from the UK, we realized that despite the abundance of laundry and dry cleaners, all such places were operating at full capacity. As a result, we decided to undertake research as to whether the majority of people were doing laundry at home or through professional services and what further capacity there was in this space. At the same time, we noticed a trend with consumers using online services much more readily. All of this was being considered by us just at the time that we saw the high-profile sale of Talabat.com, the online food delivery platform. This gave us a definite incentive to move ahead with the business. After meeting App developers, deciding what we needed, forming contracts with laundry services companies, and approaching legal authorities, we had finally realized how we could penetrate this market ourselves. From our own resources, we formed an initial capital budget of KD 15,000 and took out a loan for the rest of what was needed. The entire process from developing the idea to launching it took approximately six months. It has now been two and half years since the JustClean launch and at present, we are active across the GCC, with operations in Dubai, Abu Dhabi, and Bahrain. We are planning to expand into Saudi Arabia as well in the coming months. Deciding to partner with our investors was a big risk that has definitely paid off.

Since the acquisition of JustClean by Faith Capital Holding, how has the business been affected?

It was a difficult process knowing with whom to collaborate after being approached by so many different high-level investors. My brother and I took an interest in Faith Capital because they were not just making the financial investment but also putting the effort into the business itself. It has become a true partnership and Faith Capital has fully engaged with us in the operations and continuously builds upon the business which has led to an early expansion across the GCC. The partnership is really reassuring as we utilize their experience as our guidance.

What differentiates JustClean from its competitors in the market? How does marketing fit into those strategies?

JustClean is the first of its kind in the marketplace. There are apps in London and Germany offering a similar service; however, they only draw upon a single laundry service. We offer the option to select from a wide range of laundry service providers. We allow options and a selection, where customers can read and write reviews. We look after our customers so that if for any reason they are dissatisfied with a particular laundry service provider, they can select another and post feedback which other users will be able to view. In terms of competition, there is no other similar company in the market place because we have taken a unique approach within this service. 2019 will be challenging as we will have to execute operations in Kuwait, the UAE, and Bahrain simultaneously; each market is home to cultural differences that must be addressed differently. There are also other variables to take into consideration such as the number of ex-pats present in each country. Our experienced marketing team has created an amazing strategy for 2019 but JustClean is always ready if there are any changes. We evolve with the needs of our customers.

What is JustClean open commitment to give back to the community?

We take a percentage of each order and give it to charity. We also collaborate with well-known and government-approved charities for events regularly. This money does not come from the customers, but the company. It is not just about the image and marketing, it is about giving back to society a principle which is deeply important to ourselves and Faith Capital.

Can you elaborate on the operations planned in Saudi Arabia?

We launched in Kuwait because the logistics here are great. However, in addition to running the app, we also run our own logistics service on our platform with selected partners. For the Saudi market, we are planning to launch a different product, a SaaS product that is based on a POS system. We are looking at the logistics while considering that Saudi Arabia has three big cities, the Eastern province, Riyadh, and Jeddah. Initially, we will enter the Eastern province because of its close proximity but we are equally excited about expanding into the entire Saudi market as soon as it is practicable to do so.