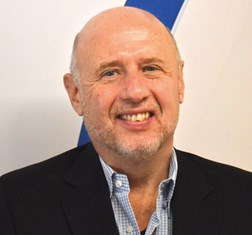 Alfonso Vásquez has served as General Director at PINSA Comercial for six years. He spent the previous decade heading Alen del Norte and Berol SA. He holds a degree in industrial engineering from the Universidad Iberoamericana.

Share on:
TBY talks to Alfonso Vásquez, General Director of PINSA Comercial, on gaining market recognition, investing in new plants, and responding to consumers that are conscious about nutrition.

PINSA has invested in new plants and developments over the past few years. How would you rate the return on these investments?

Our frozen products plant, which opened in 2015, started with a few stumbles because it was a new process, but is now working at full capacity. We produce both for national consumption and exports, and in the national market, our products have been received extremely well. In fact, we had to limit our distribution because demand is higher than capacity. We are also evaluating an increase in production and capacity. It will be multimillion-dollar investment, and increasing its capacity two years later is a decision that must be analyzed carefully. The sardine plant was opened in 2016, consolidated in 2017, and is now operating at around 80-90% capacity. The Dolores and Portola brands have been well received in both forms: the traditional-sized sardine can and the Dolores select snack-sized presentation

What are your investment priorities for the future?

Our core business is canned tuna. We have grown in volume and market share over the last few years and produce over two million cans per day. Our capacity is slightly higher than that number, though the plant is performing well. We are working on improving processes; the group believes in Mexico and is investing heavily here. It has invested over USD300 million over the past three years on new plants, increasing the number of ships, improving the canning plant, and more. The group has seen substantial returns in those investments.

How do you evaluate the evolution of tuna and sea product consumption in Mexico?

Today, everyone is more conscious about nutrition. Tuna does not have many negative aspects in terms of health hazards, and has a great cost-benefit ratio. Today one can find tuna options in any meat restaurant. It has Omega 3, iron, and vitamins. All these factors have truly boosted demand. The canned tuna category represents 5% of the total of processed foods in Mexico, which is huge. As a company, we have grown to represent more than 50% of the market, due to the investment in marketing, distribution, and improving processes. In terms of frozen products, it is still a small market, but has great potential.

What are PINSA’s sustainability standards?

We meet every requirement, and there is a global association called the Marine Stewardship Council that certifies fishing processes. Ours are sustainable, and all our ships have an observer from an independent environmental body that ensures we do not affect any other species. Due to the tuna embargo, we are not allowed to sell Mexican tuna in the US. However, we are currently more focused on the Mexican market. We want to increase per capita consumption in Mexico, which is currently eight cans of tuna per year.

What is your outlook for Mexico becoming an exporter of tuna?

In terms of tuna, we process 70-80% of what we fish, which is high. We do buy some because demand has surpassed our fishing capacities, despite the fact that we operate half the fishing boats in Mexico. For tuna, local producers are not concerned about exporting at the moment because the local market is so vibrant. At the same time, the costs of fishing and subsequent processes and transportation costs to other markets might complicate entering other distant markets at competitive prices.

What is your strategy for having a presence in each segment of the market?

In tuna, we have three brands: Dolores, Mazatún, and El Dorado. Dolores is the leading brand in the country and has a national presence, the best quality in the market, and consumer recognition. The Mazatún brand is strong in states where we have a presence, such as Sonora, Sinaloa, Durango, and Chihuahua, though it does not have national coverage. The El Dorado brand is focused primarily on the mid-range market segment, with excellent quality at a more accessible price.