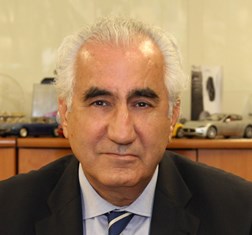 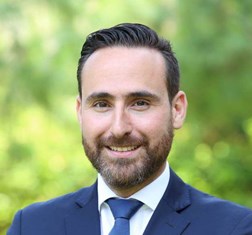 Share on:
Though operating in a difficult region, automotive industry leaders have found products and solutions that align with the Lebanese market.

How have you evolved as a company?

NABIL G. BAZERJI I am part of the third generation of a family that has been working in the automotive industry since 1920. My father established a base in Lebanon in 1949, and we have been in the same line of business ever since. We are distributors of the Japanese brand Suzuki and Italian luxury brand Maserati. We use two separate companies for the retail operations because distribution and retail of the two brands is completely different; the approach, the marketing system, and marketing communication are different, although we have a great synergy between the back office and after sales. For Suzuki, we have three branches that we manage directly plus seven sub-dealers all over the country. With Suzuki, we are number three in Japanese car sales in Lebanon and number five for Suzuki overall. Suzuki has 5.4% market share in Lebanon from new automotive sales, which is the highest market share in the region for Suzuki. Regarding Maserati, the segment is a little slow in sales considering that Lebanese are highly taxed. Sales are estimated to be around 2,500 cars per year for luxury cars, so it is not more than 4-5% of the local market. We will celebrate the 50th anniversary of Suzuki and Maserati in Lebanon and the 70th anniversary of the Lebanese branch of G.A. Bazerji & Sons in 2018-2019; these are all important milestones for us.

ANTHONY BOUKATHER Nicolas, my grandfather, went to the US in 1909 and decided to work in the automotive industry. There, he met Charles Nash, who was the CEO of General Motors (GM) at that time. They developed the business together before my grandfather returned to Lebanon in 1927. The idea of the company came about when my grandfather returned to visit the US to find out that Nash had established his own company, Nash Motors. He accepted Nash’s offer to become a distributor for Nash Motors in Syria, Iraq, and Lebanon. Back then, it was difficult to sell cars in this region, but that is how ANB was established. Then in 1968, before the oil crisis, my father decided to shift the company’s focus from six- and eight-cylinder cars to smaller cars. He went looking for opportunities in Japan and signed a dealership agreement with Mazda. Later in 2000, my brother and I took control of the company and invested in both real estate, transport, and automotive industries.

Why are Japanese brands so successful in Lebanon?

NGB The market in Lebanon is small, and people today buy more small and medium-sized cars instead of large cars. The streets are narrow and parking spaces are difficult to find. Second, the cost of ownership and people’s incomes push them toward small to medium cars. The economy is suffering slightly, incomes are low, and Lebanon is suffering from events in the region. This has resulted in people focusing on smaller cars.

AB Lebanon is a price-driven market due to its low purchasing power. The top-eight brands with a very high market share are price sensitive; Mercedes and Mazda complete the top 10. Kia, Toyota, and Hyundai make the top three with price tags below USD15,000. In comparison, prices for our Mazda cars start from USD21,000. We differentiate from other companies by catering to customers who prefer a quality driving experience and great customer service; ANB has been appointed twice as the world leader for Mazda customer service in 2008 and 2010. The company also won the 2017 award for Mazda’s highest sales, and 2017 was Mazda’s best year in Lebanon with the number of cars sold reaching 1,000.

What are GABS’ business objectives for 2018?

NGB For Suzuki, our target is to increase sales by about 18%. This is what we did in 2017, and we hope to repeat this in 2018 since our model lineup has grown. However, we have to wait and see because the market is truly unpredictable. We are the best crisis managers in the world because we have been living in a crisis for decades, and each time there is a crisis we always find an innovative solution.

What do you believe is the reason for doubling sales over the past five years?

AB We have doubled our Mazda sales from 500 cars in 2012 to 1,000 cars in 2017. Our strategy focuses on stabilizing the gradual increase achieved in market share. ANB’s young, dynamic team and its top-notch after sales service are the biggest factors for success. Surveys show that we have an 85% retention and one of the highest worldwide customer satisfaction rates.