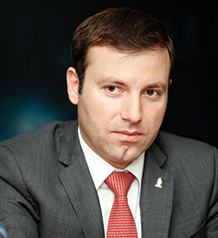 Elkhan Mammadov graduated from the American InterContinental University and Westminster University in Management, and attained his Master’s degree in Management from the University of Salford. He is currently receiving his Executive Master’s Degree in European Sport Governance (UEFA MESGO Studies). After graduating, he became Deputy Director at Natavan Business Center, and was then promoted to Managing Director. In 2007, he was appointed General Secretary of the Association of Football Federations of Azerbaijan (AFFA). Being in charge of AFFA’s general activity, Mammadov has led a number of extra projects run by the Association. He was the Chairman of the Local Organizing Committee for FIFA Women’s U-17 World Cup Azerbaijan 2012. He also led Baku Euro 2020 Bidding Committee during preparing Baku’s Bid Dossier for UEFA Euro 2020. Since 2008, he has been the Vice-President of UEFA Fair Play and Social Responsible Committee, while between 2009 and 2015 he was a UEFA Delegate. Between 2010 and 2012, he was a Member of FIFA Organizing Committee for the FIFA U-17 Women’s World Cup.

Share on:
TBY talks to Elkhan Mammadov, Secretary General of the Association of Football Federations of Azerbaijan (AFFA), on a recent partnership with Manchester United, developing grassroots organizations, and winning the bid to host a UEFA Euro 2020 game.

Manchester United has collaborated with AFFA for some time and an official agreement was signed in September 2014. What are some of the details of this partnership, and how important was this in the development of football in Azerbaijan?

This collaboration with Manchester United FC is of great importance to our Association. It provides us with a unique opportunity to train young talented players using the best practices of Manchester United FC and in accordance with European standards. In addition to the training sessions, selected young talents take regular English lessons. This type of cooperation and projects form the foundation from which players of the future emerge.

In what ways has 2014 been a successful year for AFFA, especially in terms of fostering national interest in the sport?

First of all, it should be mentioned that in September 2014 during the Euro 2020 Announcement Ceremony in Geneva, Baku was announced as one of the UEFA Euro 2020 Hosts. Our six months intense Baku 2020 Bid Book preparations resulted in this significant decision of UEFA Executive Committee. We hope that hosting this unique event in Baku will create an unforgettable experience for many young people, both in Baku and throughout the country. In May 2014, the International Football Volunteering Forum was organized in Baku. Volunteers are key to the long-term development of football. They provide services to support grassroots programs, club development, and the hosting of matches and events. The development and use of volunteers has increased significantly since AFFA launched its volunteering program in 2011. To increase fan numbers and encourage greater interaction, in September 2014 AFFA launched its official social media accounts on Facebook, Instagram, and YouTube. The launch received much attention on both sport and non-sport media website. The social media accounts were promoted during the Azerbaijan versus Uzbekistan friendly match through banners on the pitch, perimeter boards, and promo-videos on the giant screen. Since their launch, official media accounts of AFFA have attracted thousands of followers.

How successful has 2014 been in the development of youth football in Azerbaijan?

In 2014, we launched U-10 Youth League (2014-15 season). This is an excellent sign of increasing participation in football in Azerbaijan. Our youth leagues now cover the age categories from U-10 to U-19. Youth leagues provide important organized football competitions for young people, enabling them to experience playing in a team. The creation of youth leagues also provides an opportunity for AFFA to monitor the number of players through their registration. This allows growth to be measured more effectively in relation to development plans. The number of youth teams required by licensed clubs has increased by 60% from four teams in 2004 to 10 teams in 2014. This clearly demonstrates AFFA’s commitment and success in developing youth football across Azerbaijan.

The inaugural European Games in Baku will take place in 2015. How significant is this event specifically for AFFA and football in Azerbaijan?

This is an extremely significant event for our country. No major sporting event of this scale has been organized in Azerbaijan to date. It will have great influence on all kinds of sports. It is a great responsibility to organize such a large event in Baku. A number of buildings were constructed to facilitate the event. The National Stadium, with total capacity of 68,195, is the largest among them. This new multi-functional stadium exceeds international standards requirements for technical excellence. The stadium is being constructed to the highest design standards, including accessibility and sustainability. It is a part of a master plan for the area integrated with the city’s public transport and highway system, with new high capacity access roads ensuring easy access for all event vehicles.