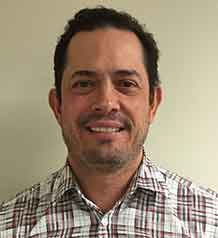 José Antonio Olivera Bertorelli was born in Caracas in 1968. He studied mechanical engineering at the Universidad Simón Bolí­var and completed postgraduate studies at the same institution. He went on to manage the laboratory from 1996, and in 2000 he founded Innova Technologies Inc., which would eventually amalgamate the activities of Grupo DAI, Laboratorios DAI de Colombia SA, and Laboratorios DAI de México. Today the various companies within the group, with more than 100 products and 150 employees, are expanding their reach beyond Venezuela and into new markets.

Share on:
"We have been very successful here in Colombia—we have approximately 40% of the market in the blood banking area."

How has Laboratorios DAI developed since it was founded in Venezuela in 1996 and expanded to Colombia, Miami, and Mexico?

After I took over the direction of the company, we focused mostly on the blood banking area, which means all the supplies and the services that the blood banks need. In 1996 we opened and we were an immediate success in each of the markets. Since then, we have been expanding to other countries. Practically, we are simply duplicating the business model; we entered Colombia in 2001, and Mexico and 2007. We have been focusing on the blood banking business here in Colombia since 2001 and, since then, the country has become much more economically dynamic.

How has your Colombian business developed?

We have been very successful here in Colombia—we have approximately 40% of the market in the blood banking area, implementing exactly the same strategy as in Venezuela. We operate on a basis of turnkey business development and we participate in all areas of the blood supply chain. We work closely with hospitals, supplying them with blood for them to process and use in different surgeries. We provide them all the supplies they need to undertake that transformation.

From where do you import your products?

We have different suppliers, from Asia to the US and from Latin America to Europe. We have suppliers from two or three companies working for us from Spain. There is a company from Germany, which is one of the leaders in this market, and it has different plants in China and Brazil, and so we supply from everywhere. We do sub-distribution from Siemens as well.

What impact is the exchange rate having on your operations?

It has had a huge impact. This year we are working just to break even, as there has been an almost 50% devaluation of the currency and all the products are imported. The market is not stabilizing as fast as we would like it to. I do not think that anyone expects the pesos to come back to 2,000 anymore, so there is an eminent interest increase and inflation over the coming years. I expect the coming years to be very hard for the economy in terms of battling interest rates and inflation, because the economy also has to adjust. For the past 10 years the pesos was over valued, and the cut in oil prices combined with the strong dollar has created huge devaluation, more so than in any other country except Brazil. This is going go to impact the economy not only this year, but next year as well.

With that impact, what are your areas of focus and plans in Colombia?

We are an aggressive company and we think that the economy is strong in Colombia. We believe that the fundamentals and the foundation of the economy are strong, which will create more opportunities. We are going to increase sales, invest in the country, and work with the lower margins until the economy stabilizes.

Are you planning to diversify your products and services in Colombia?

Yes. In 2015 we created a diagnostics area, more for blood banks and laboratory business. We also worked on the retail area in terms of healthcare products, such as glucose meters or blood pressure monitors for pharmacies and wholesalers for drug stores.

What is your outlook on the health industry in Colombia for the coming years?

It is a very good time to come to Colombia, even though the economy is currently in crisis. With the devaluation, what you get is a smaller payroll and globally reduced incomes, so it is more attractive in some senses. The competitiveness of the workers is a lot higher than it was last year. If you want to invest in an industry, even in the real estate business, now is the time, because it is 50% cheaper in pesos than it was last year.

In the long term, do you have any plans to start manufacturing?

By the end of 2016, we should have a plant manufacturing reagents for laboratories, and we will also begin private labeling for many of our products. We aim to establish the plant in Colombia. Within three to five years, some 50% of our product portfolio will be privately labeled.

Is this move related to the devaluation?

It is more related to the simplicity of starting a business in Colombia. For example, Mexico is a big market but it is hard for startups and the government is more bureaucratic, but here they give you more facilities and it is easier for start ups. Now it is not really an issue because with the Pacific Treaty there are no taxes between the countries, so it is the same to manufacture here or there.