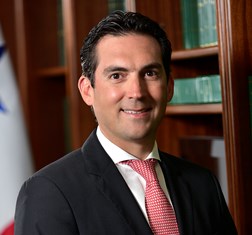 Gabriel Barletta has more than 15 years of experience in business administration, advertising, and communications. He is currently the President of the Chamber of Commerce, Industries, and Agriculture of Panama.

Share on:
€‹TBY talks to Gabriel Barletta, President of the Chamber of Commerce, Industries and Agriculture of Panama, on training programs for women, bureaucratic efficiency, and the Tourism Investment Fund.

As President of the Chamber of Commerce, Industries, and Agriculture, how would you evaluate the Panamanian economy over the last 10 years?

Panama’s economy has been growing steadily over the past 10 years. From 2010-2013, the country experienced double-digit growth, and from 2015 onward it has been growing between 5% and 5.5% per annum. The external facing economy, which includes the aviation industry, ports, Panama Canal, and logistics sector, has been driving the country’s growth. Meanwhile, the internal economy has been performing at a slower rate than expected. This includes the automotive, hotel, and retail industries, which have been shrinking over the last few years. Similarly, the construction and real estate sectors have been growing at a slower rate. Based on the figures provided by the chamber’s economic center, the economy is expected to grow around 5.4% in 2018. The country has the potential to grow 6.5% and we are predicting to reach that figure by 2020.

Has the election played a strong role in the downturn of the economy?

We are currently in the pre-election year. Candidates will have less time to campaign for both the primaries and the national election because the electoral code has changed. This means there will be less money circulating in the economy. In addition, business people typically hold off on making investments in projects during an election period. Therefore, we will witness a slowdown in the economy through YE2018.

What are your main initiatives and goals for 2018?

We are mainly focused on three pillars: tourism, education, and logistics. The chamber has a few tourism projects in the pipeline. The first is the establishment of the Tourism Investment Fund in August 2018. Its first task is to take over Panama’s international advertising campaign. At present, Panama’s Tourism Authority has a contract with an American advertising company that will expire in October 2018. Second, the convention center is being built in Amador, set to finish by YE2018; we are pushing the government, not only to finish the construction, but also to start advertising the center to attract new companies to Panama. Our second pillar is education. The government is currently completing a technical institute that will prepare Panamanians for what could be 60% of new jobs created in the country over the coming years. In terms of logistics, Panama has been promoting itself as a regional hub with immense potential. Notably, after a successful free trade agreement with China, logistics will take on an even greater role in Panama’s economy. The country already boasts a reputation as the “Hub of the Americas” with Tocumen International Airport, as one of the most efficient airports in the region, along with the Panama Canal, the country’s most important asset. The ports and container movements through the Panama Canal alone account for more than USD2.5 billion every year.

Which sectors are currently the most profitable for potential investors in Panama?

The greatest opportunities for investment in Panama are in tourism, logistics, and green energy.

What training programs does the Chamber have specifically for women, who make up one-third of its members?

The chamber has undertaken several initiatives to train and give back to its female members. Women make up an important part of our environment and membership, and for the past few years we have been working on facilitating them more. The chamber’s more than 1,700 women members are offered networking opportunities, training, and information.

What reforms need to be implemented in the short to medium term to facilitate Panama’s social and economic growth?

The construction sector is bureaucratic here. We have been working on a high level joint government and private sector commission where we have evaluated 100 government processes and reduced them by about 20% while increasing efficiency. On the regulatory side, we promote reforms to the constitution that are mainly focused on the administration of justice.