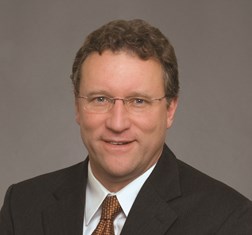 Walker Kimball is Senior Vice President of the Bechtel Corporation, where he currently serves as Project Director of Package 1 at the BACS Riyadh Metro Consortium. He has over 30 years of experience in the international construction industry, the last 20 of which were with Bechtel, where he held senior corporate roles and directly managed large infrastructure projects in all areas of project implementation. He earned his bachelor’s of science in civil engineering from the University of Vermont.

Share on:
The Riyadh Metro project poses immense challenges, yet a well-qualified consortium is working hard to get the state-of-the-art infrastructure up and running.

Where does the Riyadh Metro project stand today?

Around the world, there is currently no project of this magnitude and ambition that is performing better from a cost, technology, and integration perspective. Any project of this magnitude will have immense challenges with the public interface, and with changing the culture of travel. There is no established history of bringing six urban metro lines into service on this kind of scale. Challenges for all parties continue to increase, making the milestones more significant. Therefore, it is extremely critical that all parties work together to achieve the best outcome. The project remains a symbol of transformation, an anchor of Vision 2030 that is visible and accessible to millions of people; it will certainly be a recognizable attribute of Riyadh itself. This will be the 19th-largest transport network in the world, and notably, the entire network will be implemented simultaneously. All trains for the BACS package are now manufactured and ready to go. We are testing, running, and maintaining the trains in Europe today as we have full testing facilities in Europe. Moreover, the first trains for BACS have arrived in Riyadh and the testing has started on site.

What are the main challenges before the trains start running in 2019?

The next period consists of testing and commissioning to see the trains running on the infrastructure. The entire integration requires three consortiums working together with Arriyadh Development Authority (ADA). During first three years all the construction was underground, but now the work is fully visible to the public; ADA should be proud of what has been accomplished. The big iconic stations, bridges, and train depots are all nearing completion. The Riyadh metro iconic station at King Abdullah Financial District (KAFD) is becoming integrated with the revitalization of KAFD, which is envisioned to become an iconic architectural symbol of the metro; the station there would help revitalize that project. Some of the other major existing facilities serviced by the metro also come into play. Government facilities, King Saud University, and King Fahd stadium are ready to reap the benefits of the system. The metro’s success has people of Riyadh excited about the next steps and the evolution of the public transport. The integration of the bus feeder system has gone well, which is an integral part of giving people access to the system so they can generally go from their neighborhood to where they need to go without using a private vehicle.

What innovative solutions are you implementing?

This metro system has a state-of-the-art driverless radio technology-based system. One of the advantages of building this all at the same time is that all trains in the system will operate under the Unattended Train Operation (UTO). Whereas, for other systems that were built over time, it is more complicated to start with such an integrated foundation. By building all the lines at the same time, ADA has created an impressive integrated network of the highest standards. All the consortiums have used leading innovation from a construction and a building technology perspective, whether that is modeling with different laser technologies or the latest in engineering and equipment technologies.