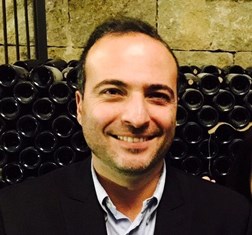 George Rbeiz is the General Manager for the Middle East & North Africa at Diageo. He has 17 years of FMCG management experience with global leading multinationals such as Nestlé and Mars, in addition to international and multicultural experience gained through different assignments in the Levant, the Gulf, and the US. He joined Diageo MENA a year ago following his position as the Mars Chocolate Regional Market Manager for the Southeast US.

What have Lebanon and the MENA region contributed to Diageo’s global growth in 2017?

Globally, Diageo increased its net sales by 1.7% in its December 2017 results, but Lebanon exceeded this by growing its net sales 6%. What is important for us here is not so much growing our sales to market, but growing our in-market brand performance. Lebanon is a scotch market, and we are the leaders in market share when it comes to scotch, which is the biggest spirit category and second only to beer overall. We grew our share in this market from 63 to 64%, which is huge from an industry perspective. In addition, our market share for vodka is around 8%. Our only beer product is Corona and is the fastest-growing beer brand in the country, even though the market share for imported beer has not been as high as local beers.

Do you see growth for all of your segments in 2018?

The total whiskey market dropped by 1% in 2017 compared to 2016, but Diageo’s whiskey business grew by 6%. The vodka market in Lebanon grew by 1%, versus 10% for Diageo’s. That is a clear confirmation we are outperforming the market. Both arak and champagne experienced respective drops of 9% and 18%. Main drivers for such a decline are visitors choosing to buy cheaper alternatives instead of champagne. Lebanon’s consumption for champagne used to be much higher, and this was mainly driven by tourists and visitors. Nevertheless, sparkling wine grew by 18%, rum grew by 6%, tequila grew by 17%, and gin, from a low base, grew by 35%.

What steps should the government take in order to improve the food and beverage industry’s performance?

What we need from the government is stability and a strategic approach to legislation and reforms through which we feel our industry is supported. The government was trying to introduce a new excise duty as high as 35%, which would have caused serious damage to the industry. Sudden changes to legislation and tax models can have a drastic impact on the economy, industry performance, and systems if industry experts are not brought to the table. By expertise, I meant best practices and capabilities built throughout wide global networks and markets. Also, we need a much closer focus from the government on designing strategies and solutions to stop parallel imports and counterfeiting. Both issues have grown so much to promote unfair competition, pricing confusion, and extreme pressures on brand owners and on our intellectual property protection agenda. We collaborate closely with the authorities to stop parallel trading because we want stability and a level playing field in the pricing of alcohol. We want to bring trust back to our industry system and be seen as key contributors to the economy. Lebanon is unique amongst its neighboring Middle Eastern markets as the only country where alcohol advertising and branding are permitted. This creates room to innovate and build brands and markets to ladder up the whole industry. What we create and innovate here gets replicated in other places like Dubai, and we want the authorities to be aware of and support this. We work closely with the Ministry of Tourism and the Ministry of Economy and Trade and want the legislation to be favorable to our industry and operating environment, instead of suggesting adverse reforms and tax changes that are not based on proper econometrics and data. This is part of our role as a business partner. We are proud to have been present in Lebanon for the last 20 years, and we want to keep growing this partnership with the country.