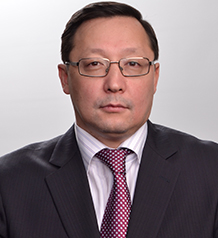 Edil Iskakov graduated from the Kazakh National University in 2004 with a degree in railway transportation management. He has been working in the transportation sector since 1998. His involvement in the logistics sector started as President at Kaztransservice. Iskakov has also worked as an advisor to the president for the national railway company Kazakhstan Temir Zholy. Since 2011, he has held the position of President of KedenTransService. In October 2015, he was named seventh in the regional national business ranking’s top 10 CEOs of Kazakhstan.

Share on:
TBY talks to Edil Iskakov, President of KedenTransService, on progressing despite difficult times, the New Silk Road, and plans for the future.

In 2015, your plan was to double the volume of cargo to Europe; to what extent did you manage to reach these goals?

Today, there is a difficult situation in Kazakhstan, the CIS, and Europe, and there are some sectors of our business that the crisis has affected. Despite this situation, we managed to make progress. If you compare the clean income in 2014 to that of 2013, there is growth of 20%. I have been managing this company for five years now, and if you look at the income from the last four years, it has increased four-fold, while profit has increased six-fold. We are developing all the transit projects on the New Silk Road. In comparison to the same period in 2014, we have doubled the number of container trains. We have also cut down delivery time: In 2010-2011, delivery took 16-18 days between Europe and China; today, this has been reduced to 12-14 days, and we are planning to reduce the time of delivery further to 10-12 days.

Have you seen an increase in China-Russia trade, and to what extent are you serving this direction?

Since November of 2014, the governments of three countries—Russia, Belarus, and Kazakhstan—decided to create the United Transport Logistic Company (UTLC). We are part of this trans-continental company because trans-container is part of UTLC. In November 2015, we started working on the key factors in the unique technologies area to unify the containers and wagons in operation. We are combining all our operational power to reduce the cost of freight forwarding, because we do not have a balance in transportation compared to China-Europe. Having these unique technologies gives us the ability to reduce rates in transportation. When there was no United Logistic Company and we were an independent company, we had to send cargo from China to Europe or Russia, and then send the empty wagons and pay the incurring costs. Today, having the UTLC as part of our company enables us to be involved in the more sophisticated logistic routes and has helped us to reduce the costs. We have launched two or three container trains to test, and we plan to run four trains per month from China to Russia. This includes a route we have launched from China to Moscow, which would double the volume of freight.

How is the logistics sector finding its foothold in the current market conditions?

The devaluation of the currency was a shock for the local economy. Nonetheless, with this complicated situation in the market, we are offering competitive rates and different projects to our clients. Exports have started increasing in both Kazakhstan and Russia, but we are focusing mostly on transit projects. We understand that all the transit projects are in foreign currency, and the devaluation gave us the opportunity to increase our volumes. When the transit project was initiated through Kazakhstan, it made up only 5% of our business, yet today this has increased to 12% and soon it will be up to 50%. We can see the perspective of volume growth in two directions from China to Europe, and China to Russia.

What are your expectations for the company for 2016?

We would like to maintain the dynamics of the income and activities of the Group. We are also working with Temir Zholy to build a tunnel, and connect Azerbaijan, Georgia, and Turkey by rail. In regard to 2016, we will work to maintain the progress we have achieved, and we are planning to buy additional platforms and to develop our own wagon park. In the last two years, we have bought 300 wagons and are planning to buy more. Beginning in 2017, we are also launching a program of reconstruction of all the old terminals in the country.