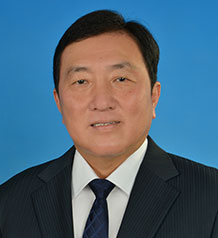 Y.B. Dato’ Seri Ong Ka Chuan was appointed as the Second Minister of International Trade and Industry on July 29, 2015. Prior to the appointment, he was Minister of Housing and Local Government (2008 to 2009), Member of Perak State Government Executive Council (State Minister) (1986-2004), and Chairman of Perak State Government Road Safety and Public Transportation Council (1999-2004) From 2005-2008, and also from December 2013 until now, he was the Secretary General of the Malaysian Chinese Association (MCA), a key member of the ruling Barisan Nasional government. He has been a member of the Central Committee of the Malaysian Chinese Association (MCA) since 1986. He graduated with a degree in social sciences from University Malaya in 1983 and began his career in the civil service as an Officer in the Ministry of Education from 1983 to 1985. At present, he is also a council member for the University Tunku Abdul Rahman (UTAR), Malaysia.

How will the Trans Pacific Partnership (TPP) agreement change the Malaysian economic landscape for international investors?

Malaysia by itself is a rather small economy, with a population of about 31 million. We understood at an early stage that regional integration was important for us given the relatively small size of our domestic market. In 1995, when the WTO was formed, we were among the first of the 162 countries to become a member. Our economy has helped establish the rules for world trade. However, because of its sheer size, countries started to sign free trade agreements (FTAs), both multilateral and bilateral, out of the boundary of WTO. At the moment, there are about 625 multilateral FTAs globally, of which 419 have been signed and concluded. Malaysia has signed seven multilateral agreements, one of them with ASEAN of which we are a founder member and which consists of 10 states and seven bilateral agreements. We are still negotiating some important ones, for example with the EU and Malaysia FTA, which will provide Malaysia access to a market of 500 million. Another is the Regional Comprehensive Economic Partnership (RCEP), which involves the 10 member states of ASEAN, China, India, Japan, Korea, New Zealand, and Australia. During the ASEAN summit in 2015, our Prime Minister expressed the hope that we could conclude RCEP this year. ASEAN brought us access to a market of 620 million people, while signing the TPPA opens our country to a population of 800 million. RCEP is an even larger initiative, as it brings together a population of 3.3 billion. Around 63% of our trade last year was with these free trade agreement countries. When we concluded a free trade agreement with Turkey in August last year, we saw an immediate 54% increase in Malaysian exports to Turkey. The free trade spirit is strong in the 21st Century. Under an FTA you have to eliminate import duties and reduce barriers to trade. Besides goods, services, and investments, the TPP also involves intellectual properties and standards. This is challenging but we feel it is good for Malaysia, as it will help raise manufacturing standards. TPP will be enforced in 2018 if all countries ratify the agreement, so the next two years are for countries to amend their laws. In Malaysia we will amend our Customs Act, Intellectual Property (IP), and labor laws. We strive for integration, also with the US, so we will work hard on this. Another initiative is the One Belt, One Road championed by China. It resurrects the old Silk Road trading route, connecting China, through Central Asia, Africa, and Russia, with Western Europe. All together this covers 64 countries, with a population 4.4 billion. China does not mention this as an FTA initiative, but via its Asia Infrastructure Investment Bank (AIIB), founded in 2013, it made a strategic move by inviting everyone to become a shareholder. China injected the first $100 billion into the bank to improve interconnectivity of roads, railways lines, electricity, power, transmission, ports, and airports. Malaysia is one of the shareholders of AIIB as well.

Bilateral relations between China and Malaysia are deepening, with an active presence of Chinese companies in the construction and infrastructure industry. What is your assessment of this development?

China joined the WTO in 2001. Before that, the people in China were basically just cycling, but today they are the biggest automotive manufacturers in the world, producing 24.3 million cars in 2015 compared to 12 million in the US or 9 million in Japan. China is our biggest trade partner, with an annual volume of $100 billion. We signed an MoU with China called the Malaysia-China Five Year Programme for Economic and Trade, one of the goals of which is to achieve $160 billion in total bilateral trade by 2017. To achieve this, we cannot rely on conventional sectors such as commodity exports. We must look into industrial cooperation and car manufacturing. For example, Malaysia’s Proton manufactures about 100,000 cars a year, while China produces over 24 million. The automotive industry also needs a big market like China to gain sophisticated R&D. FTAs not only facilitate trade and services, but also bring the integration of technology. For example, the Chinese company Geely acquired Volvo from Sweden. Sweden is innovative, but does not have the sheer market size of China. Before this transaction, Volvo had total sales of about 250,000, but after Geely came into the picture sales have already surpassed 500,000. As I said, Malaysia is a small country and we have no choice but to integrate into the world economy: we want market access and we want technology. Trade agreements provide us market access and help us move up the value chain by gaining knowledge and technological sophistication.

What are your focus areas for technological advancement in Malaysia?

In 2015, 80% of our total exports, RM625.46 billion, were manufactured goods. In the old days, Malaysia was a commodity-based country, responsible for 80% of our income. Today, this accounts for only 15%, including palm oil, crude petroleum, natural rubber, and LNG. We are transforming ourselves into a manufacturing-based country. Selling raw rubber will not make as much revenue as surgical gloves, for example. Palm oil can be processed into chemicals, bio fuels, and diesel to get better prices. Malaysia used to be a low-income nation as we depended on these commodities. By transforming into a manufacturing-based economy, we will be able to improve the living standards for our people. We are working hard on this, but still we export more individual components, for example, to the US, where the final product is manufactured. We are lucky to be strategically located, with consistent climate conditions. Because of these conditions, we attract very interesting investments, such as in the aerospace industry. Malaysia is ideally located for aircraft maintenance; therefore, we have Boeing and Airbus here. Rather than selling our commodities, we must look into developing these sectors. To get there, we have to educate our people, bringing up the level of our universities. We must pursue high technology. This is the direction we are going and we will sign a lot of FTAs to facilitate this goal.

In 2015, your administration launched the Eleventh Malaysia Plan. How does this plan influence the policy of the Ministry?

The center of attention is still the urban areas, such as Kuala Lumpur, the Southern Corridor of Johor, and Penang in the north. This is where our graduates go, i.e. places with about 11,000 people per square kilometer, where in other areas there are just 100. One strategy for us to improve this disparity imbalance is to deurbanize. We promote SMEs to base them in smaller areas, rather than the major urban centers. This should create a lot of economic activities in these areas rather than congesting the urban areas.