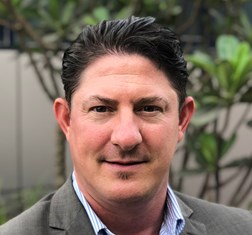 Focusing on the UAE

Since the end of 2017 Boris Van Thiel has served as CEO of Union & and Steel in Abu
Dhabi. Prior to this, he was Cluster CEO Middle East North Africa for the multibillion dollar group
ThyssenKrupp Industrial Solutions AG. For more than 14 years he was P & L responsible for operations of
engineering, construction, and manufacturing entities in the Middle East.
In 1998 he started his career as a Project Manager for large environmental and infrastructure
projects in Germany.

Share on:
“United Iron & Steel has lost an export market, but Qatar's manufacturing must have benefited from the blockade because of less reliance on supplies and imports.“

What have been the key findings of your steel market analysis that led to the restructuring of Union Iron & Steel in the first months of 2018?

In order to increase margins, we had to come up with a strategy that was based on a market analysis of the UAE and the GCC, and then Africa, Europe, the US, and Asia. After looking what products of our portfolio the market demanded, we restructured internal supply-chain processes and departments such as finance and procurement. With the addition of new talent, we started our revenue assurance program and determined we were ready to bounce back on the market. The findings revealed that the best market at the moment is the UAE, in terms of both demand and prices, despite dumping practices by Turkish companies. In 2016, we had 75% of our production went to GCC countries and only 25% went to the UAE, which has changed to 75% UAE and 25% GCC in 2017 and 100% UAE in the first half of 2018. Indeed, there is no export market for the Made in UAE steel rebars at the moment, which range from 8-32mm, as other GCC countries have lower prices. This is why we are exploring the production of rebar in coils, for which there is a high demand everywhere, including the UAE, but limited supply. Hopefully in the next 18-24 months, we can increase our export share to 25%, though that depends once again on the demand.

How has the UAE market reacted to the steel price increase?

Early 2018 saw high local demand projected at 320,000 tons of steel rebars a month by Emirates Steel, which controls the market and sets the price once a month. Emirate Steel can produce up to 180,000 tons, while the remainder will be covered by other mills and imports mainly from Oman at the moment, which has a fairly saturated market and sells over 60,000 tons into a higher-price market like the UAE. Fortunately, since June there has been a 10% import duty effective for steel imports, which protects us from China or Turkey or elsewhere. Compared to the average price of steel rebars last year, prices are around 15-20% higher. This might be positive for manufacturers and traders, but bad for end-users, whose credit lines become strained, which has negative implications for manufacturers and traders, as they are getting 15-20% less material for the same credit. In 2H2018, prices are likely to stabilize and perhaps go down slightly, with demand picking up.

How do you expect demand to evolve once prices stabilize, and why do you believe so?

The overall demand for steel rebars in the UAE is predicted to be in the range of 4.2 million tons on an annual basis. This is mainly driven by the construction sector in Dubai, more specifically by private developments, with only a limited amount of government projects. In the UAE, there is a strong focus on Dubai and not Abu Dhabi. Some major budgets have been announced recently, though we are currently far away from the realization of these projects. In terms of the local market, 60% of our products is for the local Abu Dhabi market and 40% is for Dubai, Ajman, and Ras Al Khaimah. Since we expect demand to be higher in the future, we seek to increase the market share of our product in the northern Emirates, especially in Dubai. At the same time, high prices for manufacturing make the UAE less competitive than other GCC neighbors, and to maintain competitiveness, as a local manufacturer we require our product to be protected from cheap imports from other GCC countries like Oman, as well from Turkey. In 2017, Emirate Steel reduced prices significantly to compete against Turkish rebars in the market, pushing the idea that it is safer to buy regularly from local manufacturer to mitigate price fluctuations and longer shipment timeframes. The focus should be on buying local products and navigating the misleading information in the market spread by traders.

What are your expectations for the Abu Dhabi construction and demand market in the medium term, as oil prices are back in the USD60-70 per barrel?

The key drivers of the economies of GCC countries are the oil and gas and petrochemical sectors. After a slowdown in the last few years, the government has sought to diversify its source of income, investing in other areas. Now that the price per barrel has stabilized, ADNOC is investing in further projects, showing there is more capital to be invested in infrastructure upgrading or in lighthouse projects that benefit everyone. This creates a multiplier effect, and the private sector will follow from this development including the steel industry. The oil price in June is a positive signal, and I remain optimistic about the long run. Indeed, until the effect arrives in the steel industry, it takes some lead time, as the project development phase does not need steel.

How has the geopolitical tension deriving from the Qatar blockade affected business?

There are more people suffering from than benefiting from the blockade; it is challenging and extremely costly. I am personally suffering from the blockade along with many other international companies, many of them headquartered in the UAE. United Iron & Steel has lost an export market, but Qatar’s manufacturing must have benefited from the blockade because of less reliance on supplies and imports. At the same time, there are certain countries that are getting closer to Qatar, like Oman and Kuwait, that may have business implications once and if the blockade ends.