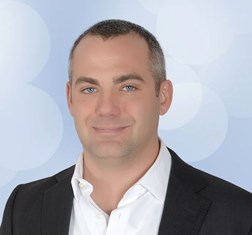 Share on:
The Port of Salalah is nearing full capacity and moving up the value chain by exporting finished products.

What damage to the port was caused by Cyclone Mekunu, and how are rebuilding efforts going?

The cyclone caused significant damage specifically to the port’s equipment, mainly because of flooding from the low-lying areas around the port. We had a lot of damage to our trucks and had to rebuild or repair many vehicles. On top of this, quite a few of the local fishing boats that came in for refuge during the storm sunk in the port. The issue is that they blocked some of the operational berths that significantly decreased the port’s capacity.

Which shipping sub-sectors does the port cater to the most?

The Port of Salalah is a multipurpose port and is quite broad in its scope. The port comprises of a container terminal, a general cargo terminal (GCT), and a liquid business. The three separate business units are all managed as one company. We also do all of our marine services in house, which is not always the case as a lot of other ports sub-contract these services. Trans-shipment is the biggest part of the container terminal side of the business, as Port of Salalah is a major hub for shipping lines, specifically Maersk and MSC, the largest shipping alliance in the world. The Port of Salalah is the main hub for them to connect regional cargo onto their trade route from China to West Europe, the largest shipping route in the world. Our location allows these companies to access the hub with minimal deviation, enabling them to lower costs and maximize network efficiency. Although we manage local imports and exports for the Salalah market, the port primarily serves international trans-shipments.

Has the port been used for humanitarian aid for Yemen?

We are seeing growing demand for transportation from the port into Yemen due to domestic port restrictions and ongoing political unrest. The Port of Salalah is a natural option for the north of the country as it is connected to major trade routes. We are working more with aid groups such as the Red Cross and World Food Program to develop that route. The Red Cross has been operating in the Port of Salalah for the last two years and we have been working with them to help alleviate the humanitarian crisis in Yemen.

Are you seeing an increase in refined or manufactured materials rather than raw materials?

The main export from Salalah at the moment is dry bulk aggregates from the mining of limestone and gypsum. Oman has become the largest exporter of gypsum in the world, which comes almost entirely out of Salalah Port. We export over 1 million tons of dry cargo every month. Earlier, only raw material like gypsum was being managed, but we are starting to see gypsum board manufacturing and other value added processes which create more economic opportunities. Similarly, we are seeing ammonia, which is the byproduct of Salalah Methanol Company, and LPG being transported. Development in Salalah is moving along the value chain from just exporting raw materials to now exporting finished products.

What advantages are there to operating under APM Terminals?

There are over 70 terminals in our global terminal network, which enable us to bring a level of global standards, HSSE practices, and lessons learned from other global operations. Overall, operating under APM Terminals brings operational excellence so that the same programs and terminal operating systems are used across the board, creating global and world-class systems.

How do you hope to continue growing the port’s volume?

We are almost back to full operational capacity and are confident we will exceed our forecast for 2018. In 2017, on the container side we achieved almost 4 million TEUs, marking one of the best years for us. In terms of gate cargo, we recorded 20% YoY growth on the back of local growth in the free zone, value added business, and operations in Yemen. The immediate goal is servicing the local customer and economy and then looking for sustainability and investments that will help us ensure healthy growth levels.