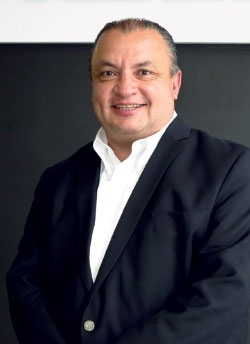 Leopoldo Orellana is the President and CEO of Mazda Mexico, a position he was appointed to in 2011. He joined the company in 2004 after working for the Ford Sales Direction Committee in Mexico. He was at Ford in Mexico from 1986 to 2004, holding a series of senior positions. He was born in 1963 and graduated as a Mechanical Engineer from Anahuac University in 1985, subsequently receiving an MBA from the University of Texas in Austin.

Share on:
How has the company performed in the Mexican market? Mazda launched commercial operations in Mexico in 2005, when we started selling cars through four distributors, two in Mexico DF, one […]

How has the company performed in the Mexican market?

Mazda launched commercial operations in Mexico in 2005, when we started selling cars through four distributors, two in Mexico DF, one in Guadalajara, and another in Monterrey. In our first year of operations we sold over 7,000 vehicles, and in 2013 we sold 33,000 vehicles, confirming sustainable growth. In this context, our market share has grown too, and we closed 2013 on 3.1% of the domestic market.

What are the company’s expectations for the new production plant in Salamanca?

The production plant is a project that dates back to 2010, when a commercial visit by our Japanese directors culminated a year later with the beginning of construction work on an investment budget of $770 million. After two years of construction, the plant started manufacturing cars in January of 2014. The first manufactured vehicles were destined for the US and Canada. However, the plant was officially inaugurated in February 2014, with President Peña Nieto attending the ceremony. In terms of expectations, we hope to close 2014 production on 140,000 vehicles, with the Mazda3 at the beginning of the year and toward the end of the year the Mazda2 model, as well. We expect the plant to produce around 230,000 vehicles per year when fully operational. At that point, it will have 4,600 direct employees—today, we have a staff of 3,800. These plans are envisaged to take place within the next 18 months. Salamanca is a rather small city, and we believe that the plant will bring a significant boost that will eventually change the face of the city, boosting employment among local people and serving as the key economic engine. Finally, there are other projects related to the plant, such as assembling and machining production, which will boost the national component of our cars, generate greater added value for the final product, increase investment, and create further employment.

What competitive advantages led Mazda to establish a production base in Mexico?

One of the main advantages is the free trade agreements (FTAs) that the country has signed with large and attractive markets; Mexico has access to 45 countries, including the US, Canada, Japan, and the EU, which means a potential market of around 40 million vehicles. At the same time, Mexico has a highly favorable geographical location for access to large markets such as the US. Mexico also enjoys an excellent logistics infrastructure, and labor costs are highly competitive. Meanwhile, the workforce is particularly qualified and skilled. Finally, the automotive industry in Mexico is among the most competitive in Latin America. To top it off, Mexico’s domestic market is large and growing, and over the past few years has become highly stable. All in all, I believe Mexico has become the main destination for automotive investment in the region.

How does Mazda contribute to the development of Mexico?

We have close ties with the local government of Guanajuato and the city’s university, with which we have developed several projects. In addition, we send some of our staff to Japan for training. For example, in 2013 we sent 160 technicians and engineers to Hiroshima; they were there for several periods during the year. Such initiatives boost technology and knowledge transfers to Mexico. Moreover, our new production plant incorporates state-of-the-art technology. We also implement projects to protect the environment; for example, we transplanted all the trees from the area where the production plant stands today.

What is your outlook for Mazda in Mexico?

We ride the growing trend in both the commercialization and manufacturing segments. For example, by the end of 2014, we will have expanded our distribution network to 53 centers. We also expect to end the year with sales figures of around 38,500 units. Thanks to the new production plant, we will be able to reach more cities in Mexico and better meet the demand of the domestic market. All in all, we follow the growth of Mexico.