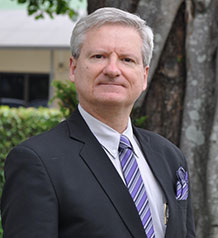 Share on:
"The first pillar and main objective is to become a knowledge-based country."

In which areas is MICITT currently focusing, and what is the role MICITT plays in Costa Rica’s human capital and socio-economic development?

The Ministry was created in 1990, and at the time we did not include the Telecommunication Vice-Ministry in our structure. That was created in 2009 and was then moved into this Ministry; so now we have science, technology, and telecommunications. Although we are not the regulator of telecommunications, we have important relationships with telecoms operators. We administer the use of the spectrum for wireless telecommunications, including radio, TV, cellular, and other types of communications in the country. Hence, we make policies on how that is used and administered. We also try to define public policy and investments in telecommunications, providing guidance for operators and other actors, guiding their investments in the country. The amount of resources the country has invested in science and technology has increased considerably. There are three main areas: R&D, human capital development, and innovation. Those three areas work in synergy to enhance how Costa Rica can actually develop its R&D ecosystem. In terms of developing human capital, we support programs and scholarships abroad for Costa Ricans. Right now, we have invested $35 million in scholarships for graduate degrees abroad, and those people will come back to Costa Rica to develop the R&D ecosystem. The other area that R&D serves is to develop the necessary ingredients for the ecosystem, from working with international companies to enhance the R&D centers they already have in Costa Rica, to attracting FDI into Costa Rica’s R&D centers. The innovation aspect is crucial. Our innovation division works with SMEs to develop technology-based small companies, with entrepreneurs to develop SMEs based on science, technology, and innovation, trying to coach them, and in some cases scale them up so they can actually export. It is a successful program, because we invest in young entrepreneurs who provide ideas on how to develop SMEs based on science and technology; it is not just in ICT, but also in biotechnology and other areas.

What are the main highlights of the Science, Technology, and Innovation National Plan 2015-2021?

That is a plan we developed in 2014 and part of 2015, and it was unveiled last year, covering 2015 to 2021. It is based on three pillars. The first pillar and main objective is to become a knowledge-based country. This involves human capital development, the creation of R&D clusters, and the provision of a mature innovation system that can foster more entrepreneurship in the country. The R&D part we have defined five priority areas: energy, agriculture and food, health, the environment, and education. We want to develop research projects that can solve Costa Rican problems in those five areas, things like climate change and water supply in the northwest part of the country. Hence, we are now investing our resources in five research projects worth $100,000 each in that part of the country. The idea is to direct and focus the investment we do in research projects so they can be used in applied research to solve specific problems the country is facing. We will eventually move into human health or energy.

What is the status of internet access in the country affected by frozen rates, and how are MICITT and SUTEL cooperating?

We work hand-to-hand with SUTEL, because it is the regulator and we are the directors of the industry. Therefore, we have to coordinate several actions in both directions. We are now auctioning part of the spectrum, for example, which is a combined effort between the two institutions. The investment has to go to universalizing the service in areas where the operators are not providing service, and that is being jointly coordinated with both institutions. So the relationship is very good, and we are investing that money in several projects around the country, while also coordinating other initiatives, like the transition to digital TV. The analog turn-off is set for December 15, 2017, and we are working with SUTEL on that too. As for frozen rates, it depends what kind of internet access. What are frozen are the tariffs on wireless communications in mobile, but not the fixed rates. The fixed-internet service with coaxial cables and fiber optics rate is not fixed. We are trying to foster competition so rates actually go down for the user, while SUTEL will fixes the rates for mobile. Many people in Costa Rica use the internet through their mobile; however, they can also access it through wired sources, and those rates are not fixed.

The ICT sector currently contributes roughly 12.5% of the country’s GDP. Do you expect this to grow?

Yes, the auction we are doing now will help that figure grow, and public policy will enhance the amount of investment operators undertake to develop the 4G network or provide better bandwidth and service for users. Between 2011 and 2014, it grew quickly because of the opening of the market in 2008. It will still grow, but now that the market has stabilized it will not grow as fast, but will grow nevertheless.

How would the Ministry assess the opportunities for private investment, both domestic and foreign, in the ICT sector?

Costa Rica is a great destination for foreign investment in IT and ICT in general. Many software and IT companies, such as Intel, HP, and IBM, have done well in Costa Rica and their operations have been successful, employing thousands of people. We hope and expect that other companies and brands will come to Costa Rica to hire our engineers. We hope to attract more companies from Europe and Asia to invest in Costa Rica. We are talking with authorities in other countries to attract them here, working hand to hand with the Ministry of Economics and Foreign Trade, going to countries that are interested in investing here, setting up services and R&D centers here in Costa Rica, and asking them what they need from us for them to do this. We have one of the best public education systems in the world, and perhaps the best in Latin America, including universities. So we have the quality engineers and talent. But what we lack is the number of engineers to bring to big companies that employ 1,000 people or over. We are a small country after all. So we have to see how we can provide more engineers for that particular sector. We work closely with universities to achieve this goal and address these issues. We meet with the rectors of all universities almost on a weekly basis to discuss this.

What are the Ministry’s top priorities for 2017?

We want to see how we could work with local operators and foreign investors to enhance the broadband network in Costa Rica. The opening of the market in 2008 has been successful in terms of providing wireless services mostly to mobile phones. Most people access the internet from their phones. But a fiber optic-based, countrywide broadband network at affordable prices could give people broadband internet connections in people’s homes. That is what we want to push forward in the coming year: providing accessible and affordable service for all homes in Costa Rica. In terms of internet speed, we are ranked 104 in the world right now; that should not be the case. South Korea is number one, and they did it by bringing fiber optics to homes at affordable prices, which is what we want to do here.