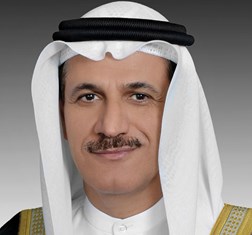 Sultan Bin Saeed Al Mansoori became the Minister of Economy in 2008. He holds a bachelor’s in industrial engineering and management systems from Arizona State University and a diploma in computer system analysis from the Institute of Computer Technology in Los Angeles. In addition to his position as Minister of Economy, he is chairman of the Supreme Committee for Consumer Protection, the Coordinating and Economic Cooperation Committee, the UAE International Investors Council, the Industrial Coordination Council, the Board of Directors of the Securities and Commodities Authority, and the Federal Civil Aviation Authority.

Share on:
TBY talks to Sultan Bin Saeed Al Mansoori, UAE Minister of Economy, on the growth of the non-oil sector, the benefits of free trade, and growth expectations.

What major steps are being taken to reduce dependence on oil and diversify the economy?

The country, in line with UAE Vision 2021, is keen to build a diverse, globally competitive economy based on innovation and knowledge and led by national competencies, find other sources of income away from oil, and develop the non-oil economic sectors that are viable, such as manufacturing, tourism, and SMEs, in addition to the seven sectors identified by the National Innovation Strategy, namely technology, health, education, transportation, renewable energy, water, and space, as well as non-oil sectors that further the government’s plans, such as infrastructure, trade, logistics services, and the financial and retail sector, to increase the contribution of the non-oil sector to GDP to 80% by 2021. The country is also keen to support investment spending on several strategic and development projects, especially those in the infrastructure, financial, social, and private sectors related to Expo 2020, expanding the metro, airport, railways, tourist facilities, retail, and energy projects, as well as other priority projects that are mentioned in the government’s development plans. The private sector continues to support the government as a major partner in the forward march of the country, and the various initiatives and community development projects undertaken against the backdrop of the Year of Giving have gone a long way in contributing to the development targets of the country. The implementation of policies and the launching of national initiatives that support the SME sector and encourage entrepreneurship, as well as the development of a legislative and regulatory environment that promotes this sector and provides it with incentives for success, continue to play a role in increasing economic diversification, enhancing sustainability and productivity, and stimulating innovation, knowledge, and technology as pillars of development.

How would you evaluate the trade protectionism that has begun to make its presence felt in global economies? Has it affected the industries, exports, and business activities in the UAE?

The UAE has adopted trade and economic policies based on flexibility, economic openness, and free markets, and has benefited immensely from this policy. The country is keen to support all efforts that contribute to trade liberalization and facilitate the movement of goods as one of the main ingredients for global economic growth. This pioneering approach of the country has contributed to building an active and dynamic foreign trade sector that supports national products and industries, promotes its capacity to access new markets, and is considered a major pillar of economic development and an enabler of the country’s competitiveness as a major trade and investment hub at the regional and international levels. The country looks at trade protectionism as a factor that undermines an increase in foreign investment and hinders the growth of the private sector, especially export industries, and causes a slowdown in the movement of the intra-global trade of goods and services. While they serve some short-term objectives, they have negative implications for the economies of countries and for medium- and long-term global economic recovery. In this context, the country is keen to support and adopt initiatives that could facilitate the movement of trade and investment and deepen ties with promising international markets as the first Arab country to ratify and deposit the trade facilitation agreement with the World Trade Organization, as well as reiterate its commitment and support to the principles of a multilateral trading system and help in organizing yearly initiatives like the Annual Investment Meeting (AIM), which features the participation of more than 120 countries around the world, and “The Week of Global Trade Development,” which aims to promote the country’s commitment to issues that contribute to facilitating trade and discussing the challenges faced in this regard. The Ministry of Economy works in cooperation with various governmental and private-sector partners in the country to follow up on any protectionist issues aimed at products in various international markets, by measures such as dumping, subsidizing, or increasing imports, in order to promote UAE exports and support and diversify national industries, increasing their competitiveness in the regional and global markets.

The Ministry of Economy expects a GDP growth rate between 3.6 and 3.9%. Looking at the current geopolitical situation in the region, what are the major risk factors that the UAE needs to take into account and what is the best strategy to hedge such exposures?

The Ministry remains confident of achieving AED1.6 trillion in GDP this year as compared to the AED1.49 trillion posted in the previous year, accompanied by a close to 3% increase in constant prices. In line with this, the national economy continues to maintain its position as one of the most diverse economies in the GCC region. The UAE’s current ranking across all global economic indices shows its success in implementing non-oil diversification efforts and creating a highly conducive investment and knowledge-based environment. In fact, the country currently ranks third in the economic openness index, fourth in the business environment and infrastructure indexes, and fifth in the global readiness and readiness change indexes. Since 2015, the UAE’s economic and financial policies have played a key role in improving the country’s ability to cope with global economic pressures while also being able to maintain financial and monetary stability. More policies and structural reforms are planned with the aim of enhancing the business environment and improving access to credit and the modernization of the labor market. To further enhance this, the country has expressed commitment to revising economic policy measures to further synchronize investments across the seven Emirates, drive in more investment opportunities outside free zones, promote competition, and support the government’s call to create a diversified, knowledge-based economy. Industry experts have shared that the high level of economic activity associated with hosting Dubai Expo 2020 is expected to attract more than 25 million visitors from around the world and bring in foreign investment in a number of key sectors such as retail, real estate, tourism, and education. FDI is expected to grow by AED50 billion by 2020. The industrial sector has been witnessing continuous growth in the country, accounting for 53% of non-oil exports. The UAE is one of the leading countries in the field of developing clean and renewable energy in the Middle East and aims to rely on it by 2050. The UAE government has also expressed its continuing commitment to study and evaluate the ever-changing social, economic, and political landscape, which is expected to enhance its ability to respond with unprecedented speed to any challenges by developing and implementing new economic policies and regulations aimed at enhancing international market confidence in the country’s ability to manage and guide its economy amid global economic changes and meet key challenges such as climate change, security threats, employment polarization, and financial instability.