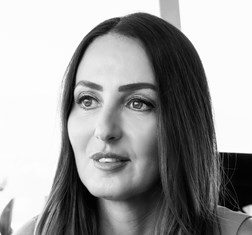 Ceci Fallabrino is a professional with over 28 years of experience with a degree in human resources in the University of Buenos Aires. She is currently the CEO & Founder of UPAX, the second most important market investigation company in Mexico according to AMAI 2021 and creator of the application UPAXER. Ceci is an expert in developing high-performing teams and leading projects related to innovation, technological development, customer services and business expansion at an international level.

Share on:
“I would argue that few companies in the world match the sheer range of capacities that we consolidate.“

You’ve been recognized as the second best market research company in Mexico. What are factors have led you to rank so high?

We are a young company and have been operating for just five years. UPAX includes the consolidation of several facets of Grupo Salinas. We began as a startup that managed market research within Grupo Salinas., in addition to developing innovative products. We eventually started to grow and recruited people who were specialists in what we did. I wanted to have a team of excellent collaborators, who were also highly creative. For example, we have a platform named UPAXER that operates under the principles of the collaborative economy, and we have over 70,000 people on the platform. This team is very diligent about the information it gathers because the quality of data we collect is paramount to our success. We also offer different kind of tasks to those who are willing to work remotely and independently. As UPAX we have a business structure based on three axes of operations. We first have people running the business that includes operations. We then have a team that exclusively works on delivering innovative and disruptive solutions. We also work with politicians, and while we do not conduct political campaigns, we advise politicians on the messages that are most likely to deliver success, while also evaluating what people think of the government. We have developed a tool with ADN40 named Poll of Polls in an attempt to differentiate ourselves. An algorithm has allowed us over 7 months to assemble data from over 4,000 public polls. Our poll of polls algorithm has a 3% margin of error and has helped us to identify potential winners. We have made correct calls in 13 of the 15 latest 2021 gubernatorial elections, and even we were most impressed by the results.

Can this model be applied in other scenarios?

Yes, and we plan to organize a meeting with mathematics experts on the matter. This mathematical model has a great opportunity for diverse application, and we are in the process of evaluating its commercial value. There will shortly be four or five gubernatorial elections, followed by the next presidential elections. Moreover, our system can be applied to elections elsewhere in Latin America or other parts of the world. We also have a program on AND40 called ‘Datos para pensar’, which airs at 8pm local time each Wednesday. On it we discuss data driven conclusions of topics of the day such as COVID, the new normality, and the general public’s purchasing priorities.

What have been the most surprising outcomes of your latest studies?

I’m surprised by the sheer extent by which food delivery has grown as a business. There are so many dark kitchens and last mile products. Basically, priorities have changed and people have realized the importance of saving. Today, my challenge is to bring in people keen to develop platforms that meet current demand. Many people in Mexico who had not thought of it before, now require a digital platform. Unfortunately, there’s a scarcity of talent with requisite digital skills.

What upcoming projects do you have?

I would argue that few companies in the world match the sheer range of capacities that we consolidate. We conduct research on the basis of which we carry out marketing activities. This includes the marketing of, both online and offline experience. We have an area for Trade marketing which directs people to points of sale for greater proximity to the brand at the supermarket or mall. And then there’s the fourth division engaged in disruption. Among projects for next year, we are developing around thirty platforms, with one addressing the mass market. We are developing the most Mexican social network seen to date. Meanwhile, we are poised to launch a Mexican chat service for the mass market that will compete with WhatsApp and Telegram. In response to apparent demand, it will also champion the wider digitalization of local businesses at the lower end of the commercial scale. We are also developing a platform that we intend to develop into the world’s largest employment-oriented online website set for launch in December 2021.