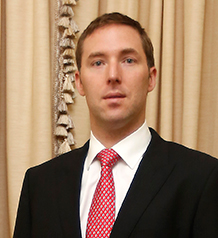 Augusto Arosemena Moreno holds a bachelor of law and political science and has over 10 years of experience in providing legal advice in various sectors. He also holds a master’s in banking, corporate, and financial law from Fordham University School of Law. From 2009-2014, he was an advisor in companies with operations inside and outside of Panama. He has extensive experience in the commercial sector promoting the establishment of businesses in Panama. Between 2004 and 2006, he served as Commercial Attaché at Panama’s embassy in Washington, DC. He was responsible for managing the efforts of the embassy to attract FDI, working closely with government officials in the US, Panama, and the private sector.

What are your main priorities as Minister of Industry and Commerce and what is your vision for the ministry?

The Ministry of Industry and Commerce plays a major role in the development of Panama’s economic and trade policies. As Minister of this institution, my vision is to create strategies aimed at developing the sectors of trade, services, and production to maximize their competitiveness, and promote modernization. My main priorities are focused on maximizing exports, attracting FDI, and modernizing the industrial sector. According to 2015 figures, national exports decreased by 15%, excluding the Colón Free Zone and service exports. Panamanian trade efforts are oriented to promote traditional agriculture products such as banana, pineapple, coffee, melon, watermelon, and such other high potential products as cocoa, papaya, and tuber. A priority of the ministry’s policy is to attract foreign capital to develop a stronger agroindustry. Last year’s data was strongly influenced by several factors, namely weather conditions, a reduction of productivity in several regions, and a stronger US dollar, which increases the cost of Panamanian exports compared to those of competitors. The answer to overcoming external obstacles is to focus on value-added products where industrial activities can guarantee local production in order to export products in a more efficient manner.

Which trade and investment partners will become increasingly important for Panama in the coming years?

The US has been always the major trade and investment partner for Panama. With the expansion of the Panama Canal, new business opportunities will come, especially those related to the use of our logistics platform such as the concept of transforming Panama into a “Food Hub“ for the Americas. In that case, the country has the opportunity to develop a new business towards logistic activities for one of the major sectors with the potential to reach new markets. The European region is also an ideal market for Panamanian trade and investments. Currently, countries such as the UK, Switzerland, Spain, and Germany are major investors in Panama. Eastern European countries are also highly attractive for promoting agricultural products. Most of the efforts by the government are focused on trade and investment promotion in Europe. With Asia, we have had close dealings with Israel through a new FTA. Japan’s role in megaprojects with Line 3 of the Panama Metro and the fourth bridge over the canal will open the door to new opportunities related to technology and know-how transfer between countries. With Singapore, our government is implementing a Technician Center on the east side of Panama using the methodology and know-how of relevant education programs for the future of Panama in human resources development. The arrival of Turkish Airlines and Emirates will also open a new window for those emerging markets where Panama has lot of potential to develop according to their strength in industrial activities.

What new opportunities does the expansion of the canal bring for international firms?

Panama offers a strong legal framework for investors in which investments enjoy legal stability and steadfastness. The inauguration of the canal expansion will reinforce our strategic position as a center for transshipment, business, and value-added services for the entire world. It will allow not only the passage of ships with nearly triple the capacity of vessels that currently cross the canal, but also the possibility to access a broad range of investment opportunities related to strategic businesses oriented geared toward the development of a value-added logistics services platform. One of the major investment projects that we are executing is the construction of the new Corozal Container Terminal on the Pacific side of the Panama Canal. This project will include the construction of approximately 2,081 linear meters of docks, container yard, and superstructures, all on approximately 120ha of land. This area will have the ability to handle up to five post-Panamax ships simultaneously, provide direct rail access, and expand the capacity to handle about 5 million TEUs annually.