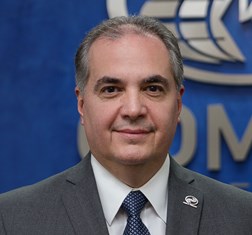 Share on:
Given the uncertainties in global trade, chambers play an increasingly important role for companies seeking to set up in Mexico or export.

What role does the chamber play in the Mexican economy?

HÉCTOR VILLARREAL MURAIRA COMCE Noreste was established in 1962 and has been a pioneer organization in promoting foreign trade, an initiative started by several business leaders. At the time, the Mexican economy was closed to the outside world, and we took a first step to help companies to boost imports and exports. Now, we have 126 member companies in COMCE Noreste. Some 80% are in the export or import business, around 10% are logistics firms, 10% are customs brokers, and there are other companies such as banks, industrial parks, and post service firms. COMCE Noreste includes the states of Coahuila, Nuevo León, Tamaulipas, and Durango. Hopefully we will add Chihuahua also in 2019.

ARMANDO ORTEGA We are, by nature, a platform for Canadians to do business in Mexico, though our second function is helping Mexicans who want to do business in Canada. We are a business chamber and an easygoing organization that works with other chambers and institutions to achieve win-win deals. We act as the representatives of Canadian investors when handling their day-to-day issues in a country as complex as Mexico. These issues can be matters pertaining to security, dealing with local regulators or authorities, conveying their messages to the world, or interacting with other players in their sectors. Mining is one of the most important areas. At the same time, energy, including renewable energy, has not developed as extensively as it could. Another area is the manufacturing of the equipment and machinery needed in the mining and energy sectors. Finding suitable Mexican partners for Canadian investors is yet another area we want to enter.

What are you doing to diversify Mexico’s foreign trade from the US?

HVM We are in the north, so it is extremely attractive for us to export first to Texas and then to the US as a whole. However, we have been encouraging companies in the region to seek other markets. We have some great companies in Monterrey that export to Central and South America, as well as Asia and Europe. Right now, we want to boost exports to Central and South America, because it is a market of nearly 350 million people. We have also taken some steps to foster relations with China, and some Chinese companies have invested in Nuevo León as well. Many of them want to manufacture in Mexico and then export to other markets, focusing in the US. We have developed a program called ‘Tu Puedes Exportar’ (You Can Export) in which we held meetings with our members to help those that want to export. It addresses valuable information in areas like customs, certifications, marketing strategies, financing, and others. We have conducted a program for 20 SMEs with the Secretariat of Economy and Employment of the state of Nuevo León and are about to start a second program with 60 firms.

What is your outlook for the new administration of Mexico, and what should be its priorities in terms of bilateral relations between Mexico and Canada?

AO The new administration is in an early stage of its kick-off. Some decisions on crucial projects, like the ill-founded cancellation of the new international airport, are not encouraging. It is therefore essential to maintain the country’s economic stability; we must guarantee that everyone abides by the rules of the game, and there will not be any surprises or unexpected changes of plan. Five new ministers visited Canada in October, the second visit for some of them, and they have realized Canada is a trustworthy partner, a friend of Mexico, and a geopolitical ally. We hope the new Mexican administration has a long-term vision for the country and that it is based on the rule of law, respect for democratic values, and cohesion between different stakeholders in a country as complex as Mexico.