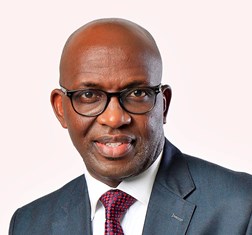 Tony Attah has over two decades experience in the oil and gas industry. Prior to his role at NLNG, he was managing director and chairman of the board of Shell Nigeria E&P Company, vice president of HSE and corporate affairs, and vice president of HR. He holds a bachelor’s in mechanical engineering from the University of Ibadan and an MBA from the University of Benin. He is a member of the Council for the Regulation of Engineering in Nigeria and the Society of Petroleum Engineers, and a fellow of the Nigerian Society of Engineers. Throughout his career in Europe, Russia, and Africa, he has been recognized for his strong strategic and commercial mindset and solid technical background.

Share on:
More than an international player, NLNG has not only drastically reduced gas-flaring in the country, but also now provides over 50% of the domestic market's cooking oil.

How relevant is NLNG to the Nigerian gas sector?

NLNG is perhaps the most relevant piece of the Nigerian gas jigsaw puzzle and one of the best-run companies in the world. We have been in operation for 20 years, though we built up our plant capacity from 1999 to 2006. Our vision is to be a global player, helping to build a better Nigeria. To date, we have generated over USD90 billion in revenue and paid more than USD33 billion in dividends to shareholders and an additional USD6 billion in taxes to the federal government. We have also made a significant contribution to the environment. Before NLNG was created, Nigeria was on the ignominious list of gas-flaring nations, right behind Russia, which is still number one. Today, NLNG has helped reduce flaring in the country from about 65% to 20%. We have also contributed heavily to the domestic gas space. Though many think we are only export market-oriented, we are also involved in domestic LPG, or cooking gas. Before we did so, the overall capacity was just 50,000 tons for a country of more than 180 million people. We currently contribute 50% of today’s capacity of 500,000 tons. We will continue to push LPG into the country to change the tragic fact that around 100,000 people (predominately women and children) die from smoke inhalation in Nigeria annually.

What role does LNG play in your operations versus LPG?

Our business is LNG, while LPG is a by-product that occupies only around 5% of production output. We are not just trying to make money; we are trying to help the nation by eliminating gas-flaring in Nigeria, preventing women and children dying from smoke inhalation, and bridging the infrastructure gap that negatively impacts power availability by encouraging the use of LNG in the country. We have power plants but no gas supply, because the infrastructure is poor. The future of Nigeria will be largely underpinned by gas because the energy transition is happening. The world wants more and cleaner energy, which puts pressure in terms of resources. With climate change, we have an advantage as a gas business because the energy transition will accentuate its relevance. It may downplay certain dirtier fuels such as coal, though in the end, it will have to be about the competitiveness of gas.

How can Nigeria monetize its huge natural resources?

There are countries that wish they had even half the reserves Nigeria has, and had to shut down their LNG plants because they ran out of gas and had no capacity to grow. We, on the other hand, have proven that we can, through what we achieved with Trains 1 to 6. Now, many of the regulatory and fiscal responsibilities need to align in favor of positive investment in gas both for domestic and export. Oil has taken us 50 years, and the next 50 years has to be about gas. Nigeria is a gas nation that also has some oil, so we must make that count, as the future is gas. Industrialization, agriculture, power, and petrochemicals are critical pillars that can be turned around by gas, and until we really strengthen the gas turf, these four elements will not contribute enough to GDP.